Scientists and doctors, including Indian-origin professionals, have warned against the UK's 'dangerous' decision to lift all lockdown restrictions. 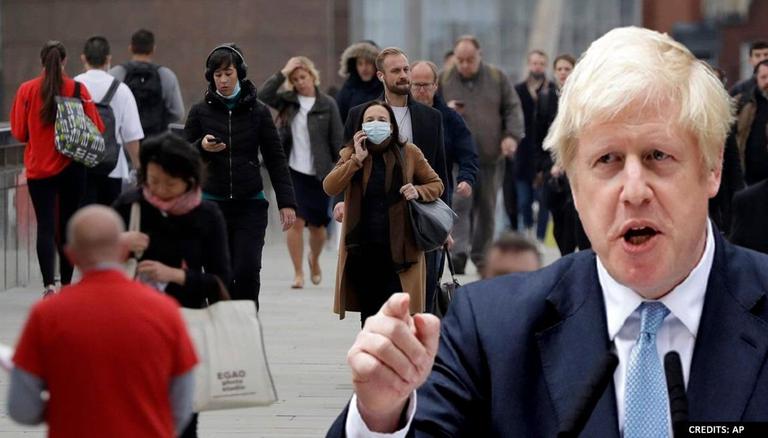 
More than a hundred scientists and doctors, including Indian-origin professionals, signed a letter on Thursday 8, warning the UK government against a "dangerous and unethical" experiment of eliminating all legal lockdown limitations on July 19. Dr Chaand Nagpaul, Council Chair for the British Medical Association (BMA), Dr Deepti Gurdasani from the Queen Mary University of London, Dr Bharat Pankhania from the University of Exeter, and Professor Sunil Raina from the RP Government Medical College at Tanda in India are among the 122 signatories of the letter published in ‘The Lancet' medical journal.

Senior researchers warn that the lethal virus will continue to spread exponentially until millions of more people are infected, leaving hundreds of thousands with long-term disease and disabilities.

The letter reads, "The UK government must reconsider its current strategy and take urgent steps to protect the public, including children. We believe the government is embarking on a dangerous and unethical experiment, and we call on it to pause plans to abandon mitigations on July 19, 2021."

According to current plans given out by British Prime Minister Boris Johnson earlier this week, the government will make a final decision on Monday to abolish all present legal restrictions to prevent the spread of Coronavirus as of July 19. This means that people will no longer be required to work from home whenever possible, maintain a one-metre plus social distance at gatherings, or wear face masks in all indoor settings. The decision is being made, according to Johnson, because the association between a positive COVID-19 test and hospitalizations and death has been decreased as a result of a successful immunisation programme.

"The link between infection and death might have been weakened, but it has not been broken, and infection can still cause substantial morbidity in both acute and long-term illness… the government should delay complete re-opening until everyone, including adolescents, have been offered vaccination and uptake is high, and until mitigation measures, especially adequate ventilation (through investment in CO² monitors and air filtration devices) and spacing (by reducing class sizes), are in place in schools," the letter added.

The epidemiologist who organised the letter, Dr. Deepti Gurdasani, called the government's plans unethical and unacceptable. She noted, "The government has made a deliberate choice to expose children to mass infection, rather than protect them in schools or vaccinate them. This is unethical and unacceptable. Our young have already suffered so much in the past year, and are now being condemned to suffer the consequences of this dangerous experiment."

The intervention comes as the UK registered another 32,551 Coronavirus infections on Thursday, bringing the total to 32,551 for the week, the largest number since early this year. COVID-19-related deaths have increased to 35 per day on Thursday, up from 33 on Wednesday.  From July 19, dubbed "Freedom Day" since it marks the end of the UK Prime Minister's "irreversible" roadmap, Johnson has stated that he wants to move away from "government diktat" and toward personal responsibility.