In notable incident, two friends indulged in a bizarre conversation with one thinking they’re talking about a positive pregnancy test and the other, COVID-19. 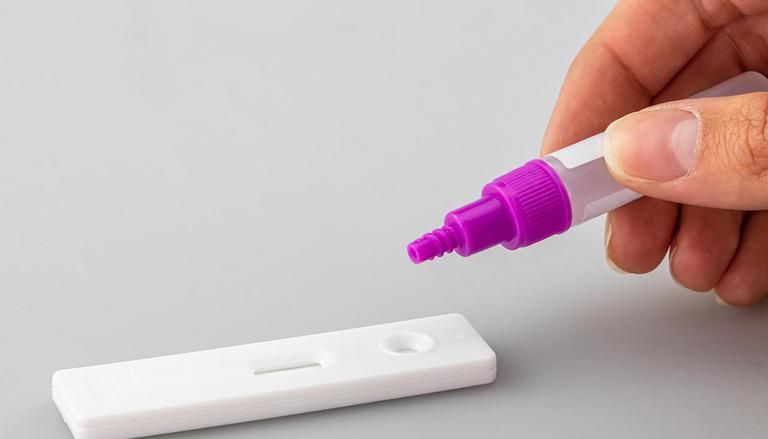 
In a remarkable incident, two friends indulged in a bizarre exchange of messages with one thinking they’re talking about a positive pregnancy test and the other explaining symptoms of COVID-19. Businesswoman Helen Philips sent a picture of her lateral flow tests to a friend who reportedly works as a doctor, expressing disappointment over missing a work event due to the result. While her friend initially asked how she felt, Philips replied saying she had a minor cough and soar throat but “nothing major.”

Philips, as per a report by The Mirror, was left confused when her friend then asked “are you happy?” To this, the businesswoman replied that she was “not ecstatic” before eventually, both of them realising what went wrong. With several laughing emojis, the friend admitted that she thought the tests sent by Philips were positive for pregnancy and not COVID-19. The two friends then finally realised that they were talking about different tests.

In the messages, screenshots of which were shared by the media outlet, the 34-year-old responded to friend’s question about how she feels to say, “Okay to be honest. Sore throat and a minor cough. Was tired last week, but nothing major.” Her doctor friend said, “Are you happy?” then Philips wrote, “About having Covid? I'm not ecstatic about it but as long as symptoms stay minor." Finally, the doctor pal replied, “Oh!!!!! I thought they were pregnancy tests” before admitting “I wondered why someone would mention having a cough and sore throat, but anyhow I just went with it."

Phillips joked about the entire incident

As per the report, the 34-year-old from Finchley in London joked about the incident saying that she hoped her friends would not expect her to announce her pregnancy by sharing images of “pee sticks” on social media. She reportedly admitted that the lateral flow tests for COVID-19 and pregnancy tests “must look quite similar” before mentioning that she has seen other people on social media making a similar mistake.

She reportedly said, that it depends on context. If she was going to tell her friend she was pregnant, she would not send a picture of three pregnancy tests. She said she would have a nicer way of announcing it. "I'd sent the picture without an accompanying message - you'd think if I was telling her I was pregnant, there'd be a bit of context,” she said.

Both of them found this incident really funny. When she sent her the message, it was morning. She said it certainly woke her up. She thought she'd know her well enough to know she would not announce a pregnancy with a pee stick. Phillips also said that she had been planning for a work event for several months only to test positive for COVID-19 the day before it was set to take place.