The UK’s evacuation mission in Afghanistan has a ‘matter of hours” left and no more people will be called forward, country’s Defense Secretary Ben Wallace said. 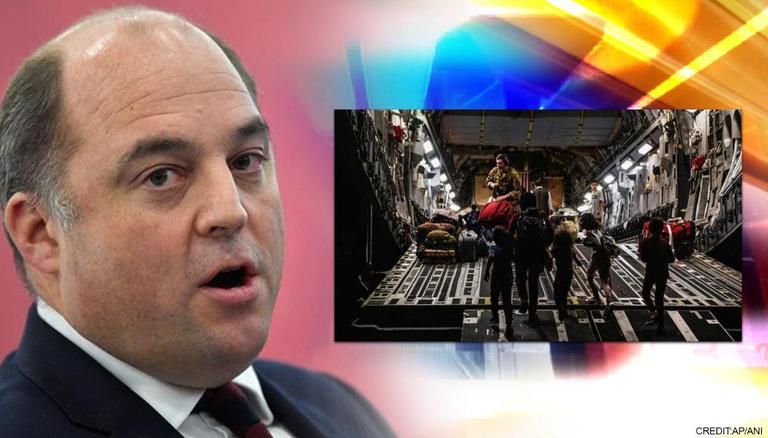 
The UK’s evacuation mission in Afghanistan has a ‘matter of hours' left and no more people will be called forward, country’s Defence Secretary, Ben Wallace, said on Friday, 27 August 2021. While many NATO countries including France, Germany and Sweden announced an end to their repatriation process on August 27, Downing Street reiterated that it will stick to the August 31 deadline. However, speaking to Sky News, Wallace revealed that the main processing centre at the Baron Hotel in Kabul had closed adding that the airlift operation was in its “final hours”.

He revealed that “not every single one will be able to get out” adding that the doors of the processing centre were already closed at 4:30 am on Friday. Furthermore, the British lawmaker said that they will now only process the repatriation efforts of the people who are already in. “There are 1,000 people approximately in the airfield now and we will seek a way to continue to find a few people in the crowds where we can, but overall the main processing is now closed and we have a matter of hours,” he said.

Since August 13, a total of 13,708 people have been evacuated by British troops from the war-ravaged country. On Friday, Sky News reported citing the UK Defence Ministry that British troops, 1000 in number, have also started to leave the country. The report further stated that 100 have already left.

- 13,708 people have been evacuated by the UK since 13 August
- 7,975 of those people are Afghan Relocation and Assistance Policy claimants, based on current data pic.twitter.com/AobU2pjQrk

This comes as Kabul was rocked by twin explosions late on Thursday with one reported outside Baron Hotel. The first explosion was a result of suicide bombing, and it was followed by gunfire, according to Republic Media Network's sources. While the first one was reported near the Baron Hotel outside the Hamid Karzai International Airport. The blasts have visibly caused a lot of distress in the country as people struggle to get out of the war-torn nation. India strongly condemned the deadly bomb blasts near Kabul's Hamid Karzai International Airport, saying that the attacks underscored the need for the world to unify in its fight against terrorism. India also expressed sympathy for the families of those killed or injured in the attacks.