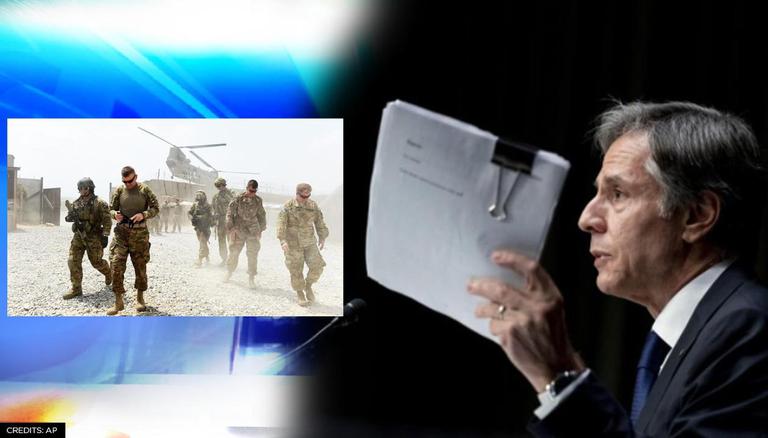 
US Secretary of State Antony Blinken on Tuesday faced anger, backlash, and bipartisan congressional criticism over the botched and disorderly US withdrawal from Afghanistan. Senate Republicans asserted that there were intelligence estimates that warned the terrorist group, Al-Qaeda, would use Kabul as a safe harbour to plot attacks on the US, as they then questioned the US Secretary of State over Kabul drawdown in the second day of challenging congressional questioning from the Senate Foreign Relations Committee. Blinken was assailed by both Democratic and Republican lawmakers over the Biden administration’s hasty and unplanned military pullout.

Some lawmakers even grilled the US Secretary of State about whether the President of the United States was calling the shots in the White House, according to the video transcripts of the hearing released by The Associated Press. Democratic chairman of the Senate Foreign Relations Committee lambasted the Dems over the chaotic evacuations that led to the ISIS-K explosion on Hamid Karzai International Airport, killing 13 American service members, and dozens of Afghan nationals. But Blinken, in defence of withdrawal, said Tuesday: “There is nothing that strategic competitors like China and Russia – or adversaries like Iran and North Korea – would have liked more than for the United States to re-up a 20-year war and remain bogged down in Afghanistan for another decade."

Senator Bob Menendez, D-N.J., chairman of the Senate Foreign Relations Committee in his opening remarks, asserted that Kabul withdrawal of US forces was “clearly and fatally flawed, adding that he wanted a “full explanation” from the witnesses, Secretary of State Antony Blinken about the Biden administration’s decisions, according to the video transcripts. He said the idea that the Taliban would "abide by its commitments," has been "somewhat absurd.”

"“Any country, any, that offered support to the Taliban in the recent offensive should risk a strategic downgrade in their relationship with the United States," Senator James Risch of Idaho, the Senate panel’s lead Republican threatened.

During Tuesday’s hearing, the committee demanded to receive a full explanation of the Afghan policy by the Democrats, asserting that there “has to be accountability.” Sen. Rand Paul (R-Ky.), pressed Blinken on providing a “clear explanation” on who exactly was killed in the 29 August US military drone strike on the car in Kabul that the Press secretary John Kirby said carried ISIS-K explosives. “I don’t — I don’t know, because we’re reviewing it,” Blinken said in his response.

READ | In Afghanistan, Taliban seizes control of over 150 media outlets after August 15 takeover

“You think you’d kind of know before you off somebody with a Predator drone whether he’s an aid worker or he’s ISIS-K,” Sen. Rand Paul (R-Ky.) hit back at Blinken. “And the thing is, there is blowback to that,” Paul told Blinken.

On-ground reporters for US agencies found that there were 10-member of the Ahmadi family killed, while a California-based charity Nutrition and Education International claimed in a New York Times investigative report that the alleged ISIS suspect was  Zemari Ahmadi, a technical engineer for Pasadena that worked for the American firm. “I mean, I don’t know if it’s true, but I see these pictures of these beautiful children that were killed in the attack. If that’s true, and not propaganda, if that’s true, guess what? Maybe you’ve created hundreds or thousands of new potential terrorists from bombing the wrong people,” Paul told the Senate Foreign Relations Committee.

Sen. Ted Cruz (R-Texas), meanwhile, asked Blinken to tell exact digits of how many Afghan children were being housed at US military bases, and transit points overseas. He then cited reports of child brides' sexual abuse, as he questioned the Biden administration if the girl child in refugee camps were being sexually abused by older Afghan male evacuees. Blinken responded that there was “extreme vigilance” exercised during resettlement efforts. When asked by the Republican senate to say the actual numbers of cases recorded on child brides brought into the US during evacuations, the US secretary of state replied: Just “a handful,” adding that he couldn’t provide a tally at the moment. Sen. Richard Blumenthal of Connecticut and Sen. Tim Kaine of Virginia also objected to the "unplanned and chaotic" Kabul withdrawal.

Sen. Marco Rubio (R-Fla.) told Blinken even “the most pessimistic assessment could not predict that the government forces in Kabul would collapse while US forces remained.” He then added it was “the most troubling thing” to witness the downfall of the Ghani government. Rubio backed his claims saying, “I was acting chairman of Intelligence and now I am the vice-chairman of Intelligence. I’ve been tracking this very closely.”