Although "it was reported the guy had been witnessed to have assaulted the female," audio of alleged 911 call appeared to contradict earlier police report. 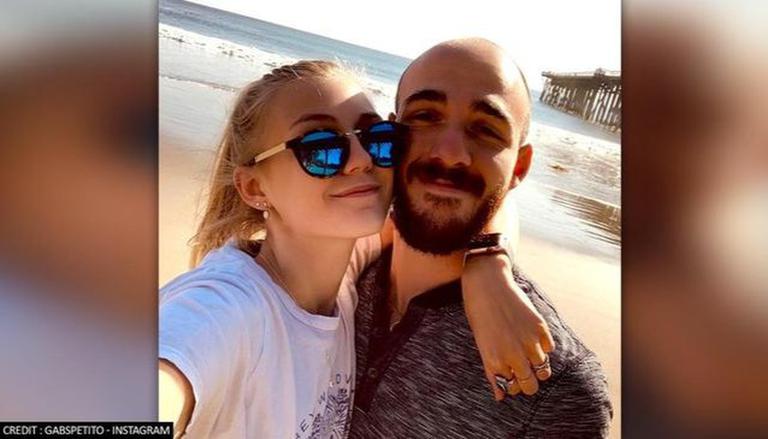 
After alleged violence between YouTuber Gabby Petito and her boyfriend Brian Laundrie just weeks before she vanished, the Moab City Police Department in Utah released body camera footage on September 14.

Officers respond to a 911 call reporting an alleged domestic incident between the two on August 12 in Utah, according to the hour-long body camera footage. The childhood sweethearts were on a cross-country road trip and planned to arrive in Oregon by October, according to their social media posts.

As per an audiotape of the emergency call obtained on September 20, an unknown 911 caller, who reported a 'domestic dispute' between Brian Laundrie and Gabby Petito in downtown Moab, Utah, on August 12 was heard telling a dispatcher that 'the gentleman was slapping the girl' and pushing her, reported Sputnik.

A male voice can be heard on the recording telling the operator that he saw a 'domestic conflict' event on the street near a white vehicle with Florida licence plates while riding by.

"Was the man slapping her?" the dispatcher inquired, to which the witness said, "Yes, and then we stopped."

Although 'it was reported the guy had been witnessed to have assaulted the female,' the audio of the alleged 911 call appeared to contradict an earlier police report, which said that 'no one reported that the male struck the girl'.

An officer responding to the incident outside Moonflower Community Cooperative in Moab allegedly noted in the police report that the van's male driver "had some sort of disagreement with the girl, Gabbie," noting exchanges with Petito, Laundrie, and the witness.

According to the officer, Petito was "sobbing uncontrollably" in the passenger seat when police approached the van, as seen on the bodycam video published last week, Sputnik reported.

The altercation between Petito and her 23-year-old fiance was described by one of the responding officers as a "mental/emotional health "break." Petito and Laundrie both declined to press charges, telling the authorities that they were in love and planning to marry.

Last week, the mother of the missing woman said that she thought the event was 'irrelevant' to the case, noting that the fight was most likely caused by exhaustion from the trip as well as constant proximity, reported Sputnik.

Dr Ziv Ezra Cohen, a clinical assistant professor of psychiatry at Cornell University's Weill Cornell Medical College and a staff member of New York-Presbyterian Hospital, is reported by Sputnik’s article as saying, "We really don't know how extensive the fight was. What we know is that she was agitated when the cops pulled them over, and they both tried to downplay their fight. That, I believe, is apparent as he mentions his muddy shoes, and she appears to blame it on her OCD. She also claims to be under a great deal of stress."

In the bodycam footage, Petito appears upset and remorseful, while Laundrie appears calm after what they describe as a frantic morning. Laundrie states in the video that Petito is to blame for the scratches on his cheek. Police separated the two throughout their interrogation.

READ | What happened to Gabby Petito? When did she go missing? Here's the Timeline

"Such an emotional imbalance" between the lovers "raises a warning flag," according to the doctor because the young woman "doesn't just appear like someone who's having a panic attack or who's anxious."

Petito claimed OCD was the cause of the conflict, but Cohen stressed that the disease is not "a risk factor for violence."

Given that the young individuals were in situations where they may "tend to consume chemicals that can cause them to have an altered mental state," the psychiatrist believed that the couple was drunk in some way.

Investigators uncovered a body at a campsite in the Teton-Bridger National Forest in Moose, Wyoming, where travellers discovered Petito's van in late August. On August 25, the woman was last seen alive there.

Five days later, her mother received a single text message informing her that there was no service in Yosemite, leading family members to assume Gabby Petito was not the sender.

Meanwhile, Laundrie drove back to North Port, Florida, where they were apparently living with his parents on September 1, and authorities discovered the van at his family's home on September 11, the day Gabby went missing.

The North Port Police Department designated him as a person of interest in the inquiry last week, and he has declared through his lawyer that he will not cooperate with the authorities.

Laundrie's family in denial of son's involvement in crime

Laundrie's parents say they last saw him on September 14 and have been in touch with him via their attorney as of September 20. The man is still being sought by the police.

Cohen theorised that the family is in denial about their son's involvement in a crime and the potential that he committed one.

FBI officials arrived at Laundrie parents' home on September 20 and took them away for the time being. The authorities carried out a search warrant but did not immediately disclose any information about the results.

(With inputs from Sputnik)