Afghan Commando Sarfaraz has warned that Al Qaeda and the Islamic State are planning a '9/11 style terrorist attack' on American and European soils. 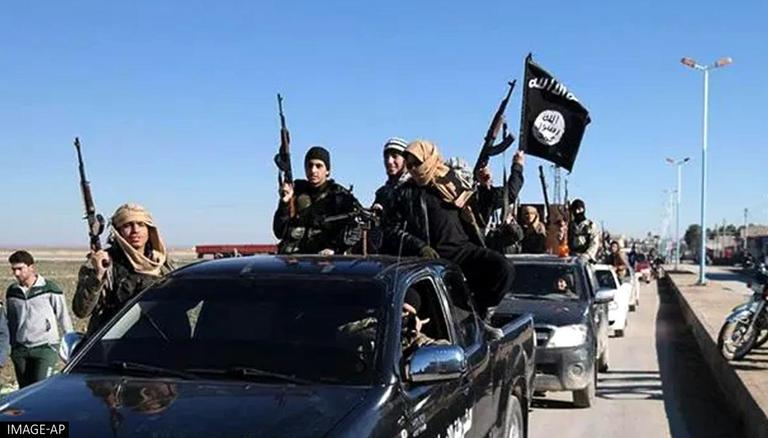 
Afghan Commando Sarfaraz, who had joined the Panjshir resistance after the Taliban's conquest of Kabul has warned that Al Qaeda and the Islamic State are planning a "9/11 style terrorist attack." Taking to Twitter, Sarfaraz claimed that sources close to the resistance have informed that the two terrorist organisations will carry out attacks on American and European soil, "particularly France within six to 12 months." Sarfaraz has also claimed that Lashkar-e-Jhangvi and the Pakistan-based Ahrar-ul-Hind are planning attacks in India.

In August when I posted about another 9/11, many people thought it was due to frustration. It was not.

Our sources have information that AlQaeda+ISIS are planning 9/11 style attacks on US+EU, particularly 🇫🇷 in 6 to 12 months. Lashkar Janghawi+ Ahrarulhind is planning for India. https://t.co/69nZwx3P8a

The Afghan commando in his tweets said that the American and European Union (EU) forces were wrong in thinking that they were fighting an 'Afghan war' as Afghans were in the frontline of the global war against terrorism. "The war on terror will end only when you stop states that shelter terrorists," he said.

The US & EU thought they were fighting an Afghan war. IT WAS NOT. Afghans were in the frontline of global war against terror. The war on terror will end only when you stop states that shelter terrorist, consider them as heros, &use them as instruments of foreign policy.

In another big revelation, the Afghan commando has claimed that he has credible information about 2,000 Al Qaeda terrorists training along the Durand Line. Sarfaraz said that these terrorists were Al Qaeda prisoners that were released by the Taliban from Bagram and Pul e Charkhi prisons. Moreover, Sarfaraz added that the Islamic State has begun recruiting salaried fighters. In his concluding remarks, the Afghan commando asserted that Al Qaeda chief Osama Bin Laden is dead, but his terrorist organisation is 'reemerging stronger'.

I have crideble info that the 2000 AlQaeda prisoners that were released by Taliban from Bagram and Pul e Charkhi prisons, are currently under training along the Durand Line. ISIS has begun recruiting fighters for 30K afs salary. Only Osama is dead, AlQaeda is reemerging stronger.

Sarfaraz's claims come after a senior Pentagon official warned that the Islamic State could have the ability to attack the United States within six months. Colin Kahl, the under secretary of Defence for Policy in his testimony before the Senate Armed Services Committee asserted that the Islamic State has the intention of attacking the US. This comes even as the Taliban has given assurances of addressing the Al Qaeda and Islamic State threat in Afghanistan.

'Al-Qaeda, ISIS could reconstitute in Afghanistan in coming months': US General

Earlier in September, US Chairman of the Joint Chiefs General Mark Milley had warned that "it's a real possibility" that Al-Qaeda or ISIS could reconstitute in Afghanistan within the next six to 36 months. General Milley was testifying before the House Armed Services Committee along with US Defence Chief Llyod Austin and head of US Central Command Gen Kenneth McKenzie.

“It's a real possibility in the not too distant future, 6, 12, 18, 24, 36 months that kind of timeframe for reconstitution of Al-Qaeda or ISIS and it's our job now, you know, under different conditions, but it's our job to continue to protect the American citizens against attacks from Afghanistan,” General Milley had told lawmakers