Amid Fauci Emails Leak, His Upcoming Book "Expect The Unexpected" Scrubbed From Amazon

Dr Fauci's forthcoming book seemed to have been completely scrubbed from e-commerce giant retail Amazon & other online stores despite enlisted for pre-order. 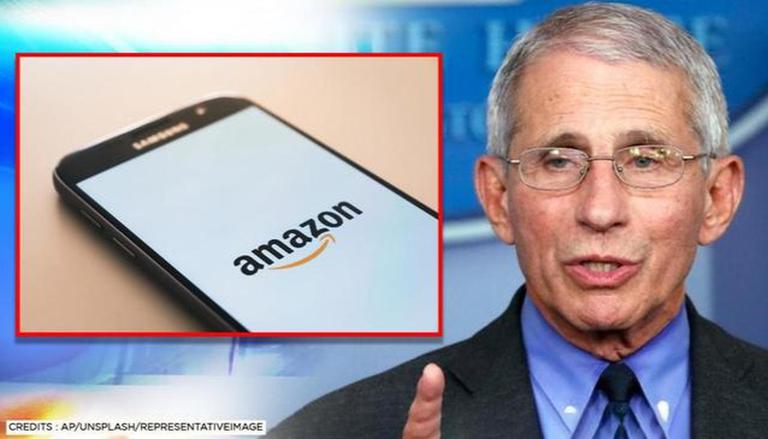 
A book authored by Dr Anthony Fauci, titled "Expect the Unexpected: Ten Lessons on Truth Service and the Way Forward", on Wednesday seemed to have been completely scrubbed from e-commerce giant retail Amazon and other online stores despite being listed for pre-order. The book which is set to publish on 2 November 2021 appeared to have vanished from Barnes & Noble bookstore too.

Many reported the book's disappearance when it was taken down from online stores. While Amazon prompted an error page when one tries to access Dr Anthony Fauci's book's pre-sale listing.

Every time I click on the link of Fauci’s book… adorable 😬🥴🤡❤️ pic.twitter.com/t9hmKmo5He

According to a statement from the publisher of National Geographic Books, Dr Fauci's Expect the Unexpected book disappeared from online shelves as it was listed for pre-sale "prematurely" before the listing pages mysteriously went.

Dr Fauci is the Director of the US National Institute of Allergy and Infectious Diseases (NIAID) and the Chief Medical Advisor to the US President. Now, if media reports are to be believed Dr Anthony Fauci was the target of criticism that he was profiting from the deadly COVID-19 pandemic.

Fauci shouldn’t profit off of a deadly pandemic for which he oversaw the response to, especially when it turns out he lied.

Profiting from the pandemic with a book deal is truly a new low.https://t.co/sdsts2rtAg

Criticism was instigated when over 3,200 pages of Dr Fauci's emails dating back to the inception of the COVID-19 pandemic emerged. According to critics, the emails depicted how Dr Fauci dealt with the course of information while the COVID-19 figures started to rage in the US.

Dr Anthony Fauci's forthcoming 'Expect the Unexpected' is a compilation of interviews that he conducted during the 34-year tenure as the Director of the NIAID since 1984.

The description of the book reads that it comes from hours of interviews the COVID czar promises to "share the lessons that have shaped his life philosophy, offering an intimate view of one of the world’s greatest medical minds as well as universal advice to live by."

Albeit his diminished reputation, Dr Fauci contains the trust of a majority of Americans. While rumours of his eroded popularity is doing the rounds, the author of the book, Expect the Unexpected, chooses to remain silent.

But as Dalai Lama rightly said, "Share your knowledge. It is the only way to achieve immortality."