US Secretary of State Antony Blinken said on Tuesday that the Biden administration is not attempting to compel countries to choose between the US and China. 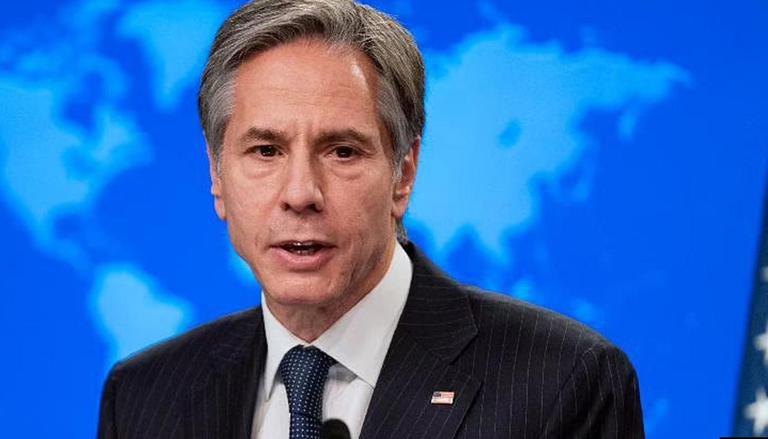 
US Secretary of State Antony Blinken said during a press conference on Tuesday that the Biden administration is not attempting to compel countries to choose between doing business with the US and China, nor is it attempting to limit China. According to him, what they strive for when they are engaged around the world is to uphold the highest possible standards.

Trade and investment with China are crucial for all countries, according to Blinken, and are usually beneficial. However, the US State Secretary also believes that there is no distinction between private enterprise and the state in China, so foreign investors should exercise prudence before investing there.

The US Central Intelligence Agency (CIA) established a China mission centre earlier this month in response to alleged Chinese threats. According to a CIA statement shared with the media, the centre was established to confront the worldwide challenge posed by the People's Republic of China. This comes as an increasing number of US Republicans are asking the government to address China's military buildup and caution against cutting the US defence budget, following reports that Beijing tested a nuclear-capable hypersonic missile in August, surprising US intelligence, according to Sputnik.

The White House replied by stating that they welcome the competition. Officials from China, on the other hand, have disputed the reports, calling the test, a "normal spacecraft experiment." After the AUKUS security pact was revealed in September, tensions in the Asia-Pacific area were also high, with many believing it to be a blatant anti-China coalition, according to Sputnik. Mark Green, the representative of the United States took to the microblogging site Twitter and stated that while the United States military is the best in the world, this should serve as a reminder that lowering the defence budget is never the answer. He warned President Biden to hold China in check.

Recently, Blinken reacted to China's increasing incursions into Taiwan's air defence identification zone (ADIZ), US Secretary of State said on October 6 that there is always the potential of miscalculation and misinterpretation, which is dangerous, in an interview with Bloomberg. He also warned China's actions were provocative and potentially destabilising.

WE RECOMMEND
Republic Top 10 Headlines: US condemns Bangladesh violence; WHO Chief discusses Covaxin
US Homeland Security secretary tests positive for COVID
India, US to establish joint forum on economic cooperation, focus on infrastructure, tech
US: Navy report cites failures by crew in 2020 warship fire, says it was 'preventable'
Top 10% of wealthiest Americans own nearly 90% of US stocks, reports Federal Reserve