Biden administration used what the Democrats usually call a ‘gender-neutral phrase’ which has been coined by the Left in 2022 fiscal year budget report. 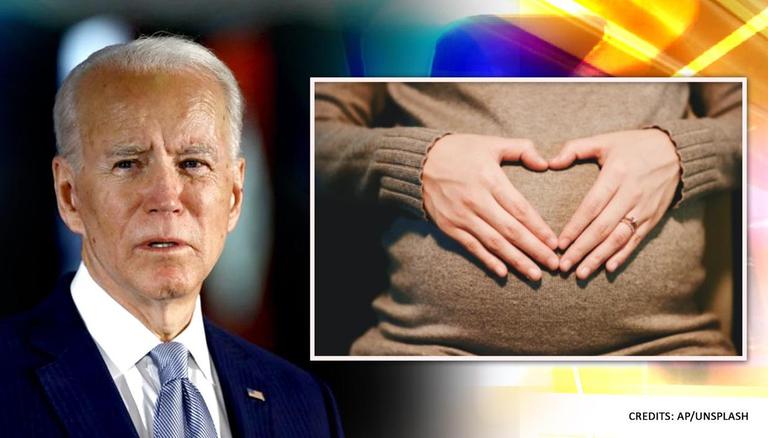 
US President Biden's $6 trillion federal-budget proposal has attracted flak after it omitted the term pregnant mothers with “birthing people,” sparking condemnation with respect to the gender inclusivity, as well as among the women. The administration’s Maternal Health Guidance in the 2022 fiscal year budget included a public health document that addressed efforts to "reduce maternal mortality rates and end race-based disparities in maternal mortality.”

In the section, the Biden administration used what the Democrats usually call a ‘gender-neutral phrase’ which has been coined by the Left, although the Conservatives and critics lambasted the use of terminology after it appeared on the US President’s budget. It embarrassed the transgender community as it adhered to the biological identities, some argued. Biden administration, although kept the maternal term intact.

The footage of the address triggered controversy on social media as critics objected to Congresswoman’s woke linguistics. Many argued that the Dems might change the term Mother's day to "birthing people's day”.  Democrats in January had passed a resolution in the House that eliminated the use of multiple gender-specific terminologies, which included the father, mother, son and daughter.

“The term 'birthing people' is just rude. If you carry and give birth to a child it doesn't matter how you identify yourself, you are a Mother. You can be a man and act as a Father if you want to but you are forever and always a Mother as well,” an aggravated US citizen said on Twitter.

Forget the border crisis, the war in the Middle East, growing tensions with North Korea, increasing unemployment and petrol prices. Biden is getting to the real problems, calling mothers “birthing people”. pic.twitter.com/cvVx3MrFXm

The President of the United States introduce a budget that replaces the term "mother" with "birthing people" in reference to maternal health programs.

This is insane and hypocritical. Erasing the term “mother” is excluding mothers and women. I refuse to be labeled a birthing person smh

"Pregnant people" or "Birthing people", is a direct attack on women. Only woman give birth. It really is that simple.

The Woke have fixed the whole sex/gender discrimination issue by giving women labels like Birthing People.
So if we start talking about Breathing People will that fix the whole racism issue?

Pregnancy and maternity is a protected characteristic under the equality act, to protect mothers from the historic (and current) discrimination and job loss they face. Not birthing bodies or pregnant people, not chest feeders or uterus havers. Not body parts or functions. Mothers