Biden on Thursday, 18 November, said that he is “considering” a diplomatic boycott of the 2022 Winter Olympics games which is due to be held in Beijing, China. 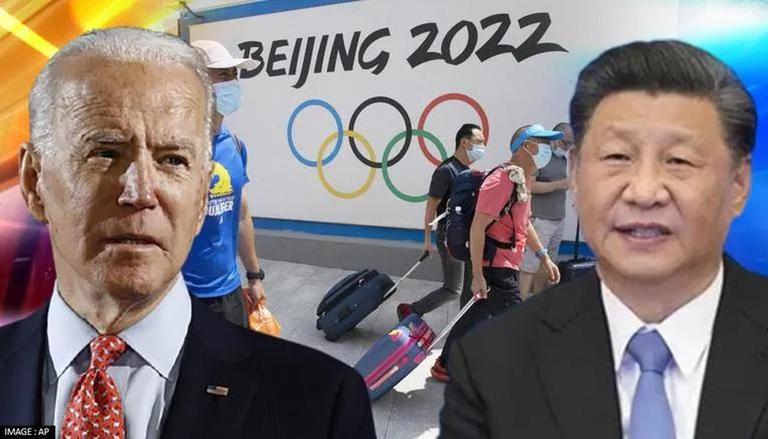 
US President Joe Biden on Thursday, 18 November, said that he is “considering” a diplomatic boycott of the 2022 Winter Olympics games which is due to be held in Beijing, China. While speaking to reporters ahead of talks with the leaders of Mexico and Canada, Biden backed the boycott of the Olympics in February, saying that it is “something we’re considering”. A diplomatic boycott would, therefore, mean that no US officials will be sent to attend the games, while the US athletes will take part.

It is to mention that the US President’s decision comes amid rising tensions between the two nations over China’s human rights abuses. Both Democrats and Republicans have lodged a strong protest against the Olympics 2022 games in the wake of Chinese human rights abuses. International advocacy groups have also called for a symbolic US boycott of the games in Beijing over China’s treatment of Uyghurs and its crackdown on freedoms in Hong Kong.

White House Press Secretary Jen Psaki has said that a diplomatic boycott would not affect athletes, adding that the US is still finalising "what our presence will be" at the games, which are due to begin on 4 February. Previously, the US national security adviser, Jake Sullivan also accused China of infringing the freedom for the civilians in Hong Kong, and human rights abuses by launching a political crackdown on the pro-democracy groups. The Biden administration also plans to inform its allies and partners of its boycott, The Guardian reported, quoting the source.

Meanwhile, it is to mention that roughly 11 million Uyghurs, a predominantly Muslim ethnic minority that speak a language closely related to Turkish and have their own distinct culture, live in alleged ‘concentration camps’ in China’s Xinjiang autonomous region, which China calls vocational training centres designed to fight extremism. The rights groups have accused Beijing of forcibly sterilising women and imposing forced labour. The European Union, Britain, Canada and the United States have sanctioned several members of Xinjiang’s political and economic hierarchy in coordinated action over the allegations.

However, the Chinese government has rejected the allegations and characterised the camps, which it says are now closed, as vocational training centres to teach the Chinese language, job skills and the law in order to support economic development and combat extremism.