Declaring the U.S. must "move fast" to win the carmaking future, President Joe Biden on Thursday touted a commitment from the auto industry to make electric vehicles up to half of U.S. sales by the end of the decade. 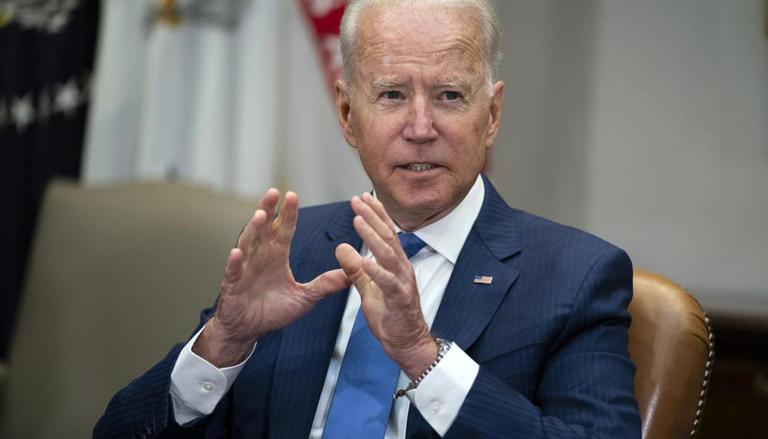 
Declaring the U.S. must "move fast" to win the carmaking future, President Joe Biden on Thursday touted a commitment from the auto industry to make electric vehicles up to half of U.S. sales by the end of the decade.

That would mark a significant step toward meeting his pledge to cut emissions and battle climate change as he pushes a history-making shift in the U.S. from internal combustion engines to battery-powered vehicles.

He also urged that the components needed to make that sweeping change _ from batteries to semi-conductors _ be made in the United States, reflecting a balance to gain both industry and union support for the environmental effort, with the future promise of new jobs and billions in new federal investments in electric vehicles.

Pointing to electric vehicles parked on the White House South Lawn, the president declared them a "vision of the future that is now beginning to happen."

In obvious good spirits, the president hopped in an electric-powered Jeep Rubicon and took a quick drive around the driveway after the ceremony.

Earlier Thursday, the administration announced there would be new mileage and anti-pollution standards from the Environmental Protection Agency and Transportation Department, part of Biden's goal to cut U.S. greenhouse gas emissions in half by 2030.

Both the regulatory standards and the automakers' voluntary target were included in an executive order that Biden signed as the gathering of auto industry leaders and lawmakers applauded.

The standards, which have to go through the regulatory process including public comments, would reverse fuel economy and anti-pollution rollbacks done under President Donald Trump.

At that time, the increases were reduced to 1.5% annually through model year 2026.

Biden has long declared himself "a car guy," his blue collar political persona intertwined with support for union workers and his role, as vice president, in steadying the auto industry after the economic collapse in 2008.

He also joked to Mary Barra, the CEO of General Motors, that he wanted to reserve a test drive.

"I have a commitment from Mary: When they make the first electric Corvette, I get to drive it," Biden said. "Right, Mary? You think I'm kidding. I'm not kidding."