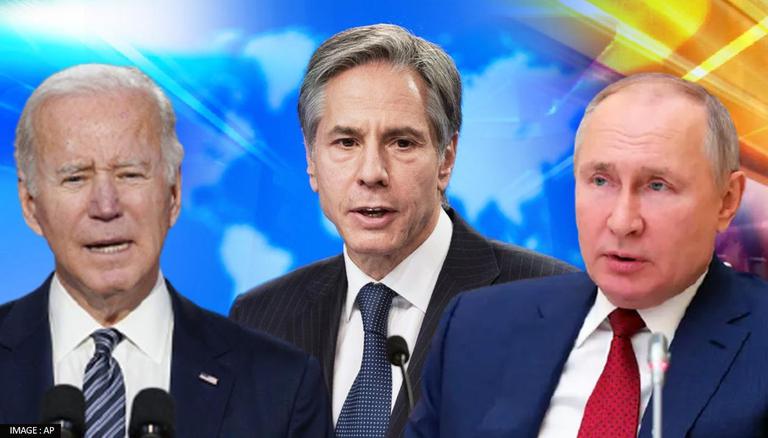 
The United States Secretary of State Antony Blinken stated on Sunday that an in-person meeting between President Joe Biden and Russian President Vladimir Putin is "pretty unlikely," after the Russian President has asked for a meeting following their video conference last week. According to Blinken, who spoke on NBC's "Meet the Press" when presenter Chuck Todd questioned what it would require for Biden to meet with Putin one-on-one, US secretary indicated that it would not occur since Russia is continuing to build its military near its border with Ukraine, The Hill reported.

During the conversation with Todd, Blinken added that not only the US but its allies and partners in Europe are seeking for from Russia is de-escalation. They are looking for Russia to pull back its forces from the border. Further, he went on to say that the US expects Russia to participate in fair and reasonable diplomacy as well as in diplomatic conversation with the Europeans and Ukraine in order to end the situation in eastern Ukraine and reclaim Ukraine's borders, as per the press release from US Department of State.

'We will definitely see each other': Putin assured Biden

In addition to this, during the video conference, Biden and Putin decided to hold additional meetings in the future, according to the Kremlin on Sunday. Putin reportedly assured Biden, "(We will) definitely see each other, I would really want that to happen," Russian media reported. Meanwhile, on Sunday, Blinken had reaffirmed the US and its allies' warning and stated that if Russia maintained its "reckless and aggressive" activities against Ukraine, it would suffer "massive consequences," Daily Mail reported.

Furthermore, in their video conversation, Biden had warned that if Russia acted militarily against Ukraine, the US and its allies will retaliate with severe economic as well as other actions. According to The Hill, administration officials have stated that a military response from the United States is now not on the agenda.

Meanwhile, The Hill reported that the Group of Seven nations (G7) — Canada, France, Germany, Italy, Japan, the United Kingdom, and the United States have issued a statement on Sunday denouncing Russia's activities along the Ukraine border and stated, "We call on Russia to de-escalate, pursue diplomatic channels, and abide by its international commitments on transparency of military activities as President Biden did in his call with President Putin on 7 December." Further, the statement reads that the nations reaffirm their support for France and Germany's initiatives under the Normandy Format to fully implement the Minsk Agreements in an attempt to end the war in eastern Ukraine, ANI reported.

WE RECOMMEND
Joe Biden urges Putin to de-escalate tensions with Ukraine in call with Russian President
Biden coming to South Carolina for 1st time since 2020 win
Democracy Summit: Biden emphasises on making govts more transparent and accountable
US: Rittenhouse 'would like to sit down' with Biden, tell 'facts' of Kenosha shootings
Joe Biden faces flak for pushing 'climate agenda' while briefing on deadly US tornadoes