John Kerry, Biden's envoy at Glasgow talks, rushes from side discussions with US adversaries China and Russia that carefully seek common ground on climate. 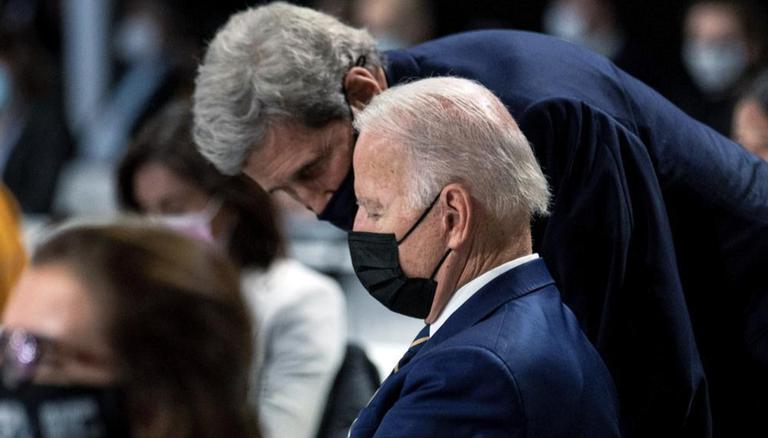 
John Kerry, President Joe Biden's envoy at the Glasgow talks, rushes from side discussions with US adversaries China and Russia that carefully seek common ground on climate to news conferences proclaiming progress. Kerry attends project launches, thanking CEOs and bankers for their efforts to reduce emissions with high-level face time and praise. With the summit underway, the United States House of Representatives enacted a long-stalled infrastructure plan on Friday, November 5, which includes some significant steps to reduce the US. emissions.

At the Glasgow climate conference, as in previous months, Kerry negotiates to secure every new amount of climate action from countries and corporations — and then pushes for more. While the United States' return to global climate negotiations has pushed partners to make deeper cuts in emissions, the world's other major polluters — China, Russia, and others — remain, at best, short on emission promises.

Kerry, President Barack Obama's secretary of state and a former senator returned after Trump's election to serve as Biden's climate envoy. The role has involved apologising for the global disruption caused by Trump, who dismisses climate science when he withdrew the US from the 2015 Paris climate agreement, which Kerry helped to negotiate. According to scientists, the ground lost during the Trump administration means that this decade represents the last chance to preserve the Earth from rising to catastrophic proportions. Veteran observers of global climate meetings praise Kerry's more low-key approach as climate ambassador. Kerry's focus on diplomacy to attempt to push and drag coal-loving China into faster emission cuts puts him at odds with Biden and several of Biden's senior officials, who have grown loudly critical of China, the world's top carbon polluter. The United States is ranked second-worst.

A federal appeals court, on November 6, Saturday, temporarily blocked US President Joe Biden administration's vaccine requirement for businesses with 100 or more employees. The 5th US Circuit Court of Appeals issued an emergency stay of the federal Occupational Safety and Health Administration's order that those workers be vaccinated by January 4 or face mask restrictions and weekly tests. The 5th Circuit, situated in New Orleans, said it was postponing the federal vaccine requirement due to "grave statutory and constitutional issues" brought by the plaintiffs. Monday, November 8, is the deadline for the government to respond to the move for a permanent injunction, followed by the petitioners' response on Tuesday.

At least 27 states filed lawsuits contesting the regulation in multiple circuits, some of which were made more conservative by President Donald Trump's judicial nominees. The Biden administration has advocated for extensive vaccinations as the quickest approach to halting the pandemic, which has claimed over 750,000 lives in the United States. The government believes the mandate, which carries penalties of roughly $14,000 per infraction, would withstand court challenges, in part because its safety requirements preempt state laws.

READ | US Democrats at loggerheads over 'Woke' culture after Virginia defeat