The US Department of Justice announced on 8 October, that the federal criminal civil rights charges over the shooting of a 30-year-old Black man, Jacob Blake. 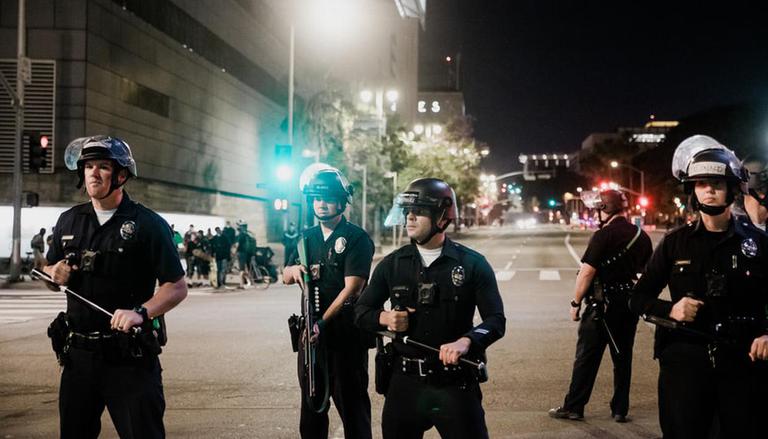 
The United States Department of Justice announced on Friday, 8 October, that the federal criminal civil rights charges over the shooting of a 30-year-old Black man, Jacob Blake will not be pursued. Blake was shot in the back multiple times by a Wisconsin police officer in August 2020. In a statement, the US Justice Department said that there is not enough evidence against the officer to state that he “willfully” violated the civil rights which are required as the standard to press charges.

The incident occurred last year on August 23 after the police received a call about a domestic disturbance. The entire event, as revealed in the graphic bystander video showed Blake walking away from the Kenosha police officer Rusten Sheshkey. The law enforcement officer then grabbed the 30-year-old’s shirt as he opened the driver’s side of the parked car. Then, as per the footage, Sheshkey shot Blake multiple times in the back.

As per The Associated Press report, Blake, who was 29 at the time, survived the shooting but was left paralysed from the waist down. The incident involving Blake triggered a fresh wave of Black Lives Matter (BLM) protests with some of them turning violent. Among those demonstrations, an Illinois man shot three people, killing two. However, US state prosecutors decided not to file charges against the police officer earlier this year after a video surfaced showing Blake armed with a knife. The 30-year-old was wanted on a felony warrant.

US State Dept launched its own investigation

AP stated that shortly after the August 23, 2020 incident, the United States Department launched its own investigation. Now, the US Justice Department announced on Friday that a team of prosecutors from its Civil Rights Division and the US attorney’s office in Milwaukee reviewed police reports, witness statements, dispatch logs and also the videos of the incident. After going through the process, they determined that there was not enough evidence to prove that Sheskey used excessive force or that he violated Blake’s federal rights.

The US Justice Department said in a news release, “Accordingly, the review of this incident has been closed without a federal prosecution.” Meanwhile, as per AP, Blake’s uncle, Justin Blake denounced the decision as “unconscionable” and stated that it “definitely steps on every civil right we can imagine this country owes every African American descendant.”

“If we had a heart to be broken, it would be,” he said. “But because we’ve been through all we’ve been, we’re not.”