China And Russia Would Have Loved To See US Stay Back In Afghanistan: Joe Biden

In an attempt to push back growing criticism on his decision to withdraw troops out of Afghanistan, US President Joe Biden held a press briefing on Monday. 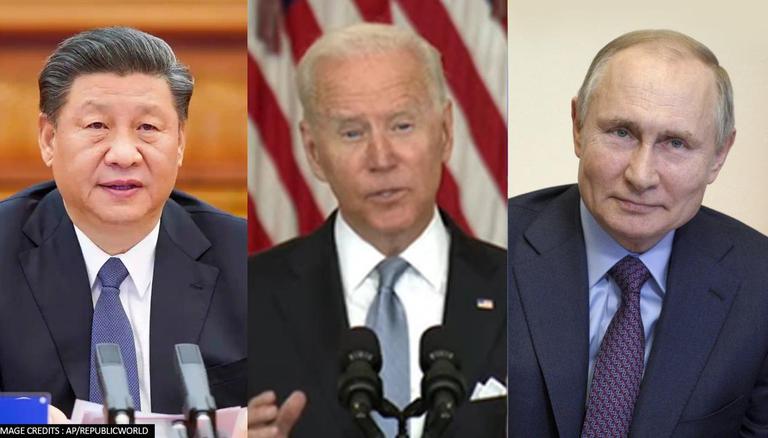 
In an attempt to push back growing criticism on his decision to withdraw troops out of Afghanistan, US President Joe Biden held a press briefing on Monday wherein he analyzed the costs and benefits of staying back in the war-ravaged state. Speaking from the White House, the commander-in-chief of the US Armed Forces asserted that America’s “two strategic competitors” China and Russia would have loved to see them battling the Sunni fundamentalists in Afghanistan. Buttressing his stance, Biden added that the geopolitical rivals would have been delighted to witness Washington “funnel billions of dollars in resources and attention into stabilizing Afghanistan indefinitely”.

#LIVE | Our true strategic competitors Russia and China would love nothing more than the US continuing to funnel and spending billions of dollars into Afghanistan endlessly: US President Joe Biden https://t.co/4yVpzDQsRN pic.twitter.com/GDoG9vMe9r

Highlighting that the US-trained and equipped the Afghan military force of some 300,000 men, eventually spending more than a trillion dollars, Biden blamed the country’s leaders and security forces for not standing up for their homeland. “Afghanistan political leaders gave up and fled the country. The Afghan military collapsed, sometimes without trying to fight,” Biden reckoned.

READ | 'I am President of US': Joe Biden 'sad' at Afghanistan facts, defends withdrawal decision

"I will not repeat the mistakes we’ve made in the past — the mistake of staying and fighting indefinitely in a conflict that is not in the national interest of the United States, of doubling down on a civil war in a foreign country, of attempting to remake a country through the endless military deployments of U.S. forces," he said.

However, the American President said that the US' support for Afghans will not dwindle. “We’ll continue to push for regional diplomacy and engagement to prevent violence and instability. We will continue to speak out for the basic rights of Afghan people- of women and girls, just as we speak out all over the world,” Biden said. Highlighting that human rights must be at the centre of US foreign policy, Biden said that the right way to ensure rights was not endless military deployment but “diplomacy, economic tools and rallying the world to join us.”

Continue to support the safe departure of civilians

“We’ll also continue to support the safe departure of civilian personnel — the civilian personnel of our Allies who are still serving in Afghanistan. Operation Allies Refugee [Refuge], which I announced back in July, has already moved 2,000 Afghans who are eligible for Special Immigration Visas and their families to the United States. In the coming days, the U.S. military will provide assistance to move more SIV-eligible Afghans and their families out of Afghanistan,” he said.