China lab leak “was the greatest coverup of all time and has caused deaths of more than 4 million people around the world, McCaul said in his GOP report 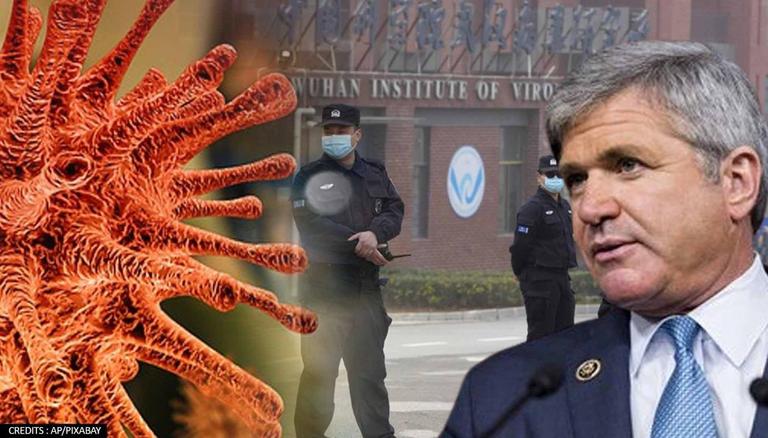 
The novel coronavirus (SARS-CoV-2) that has claimed 4,247,960 lives globally leaked from China’s Wuhan lab sometime before Sept. 12, 2019, a new Republican-led investigation into the origins of the COVID-19 disease has found. The GOP report published on Monday, August 2 suggests that “a preponderance of the evidence prove that all roads [to coronavirus outbreak] lead to the Wuhan Institute of Virology” and that Chinese Communist Party of President Xi Jinping attempted the “greatest coverup of all time” by eliminating the earliest evidence of the 'lab leak'.

In the 84 page document, the GOP claimed that the United States ‘The House Foreign Affairs Committee Minority Staff’ has continued to investigate the origins of COVID-19, examining new information as it became available, including through expert testimony.

Based on the material collected and analyzed by the Committee Minority Staff, the preponderance of evidence suggests SARS-CoV-2 was accidentally released from a Wuhan Institute of Virology laboratory sometime prior to September 12, 2019. The virus, or the viral sequence that was genetically manipulated, was likely collected in a cave in Yunnan province, PRC, between 2012 and 2015—GOP report. It shockingly states that researchers at the WIV, officials within the CCP, and “potentially American citizens” directly engaged in efforts to obfuscate information related to the origins of the coronavirus.

LR @RepMcCaul "All roads lead to the #WIV. We know gain-of-function research was happening there & we know it was being done in unsafe conditions. We also now know the head of the Chinese CDC & the director of the WIV’s BSL-4 lab publicly expressed concerns ab safety at PRC labs.

“We have done research because approximately 48 million of our population are under the age of 12 and without access to a vaccination,” it stated, explaining why the experts prepared the addendum. “It is our belief the virus leaked sometime in late August or early September 2019,” lead Republican in the House Foreign Affairs Committee,  Rep. Michael McCaul said in the declassified report.

“When they realized what happened, Chinese Communist Party officials and scientists at the WIV began frantically covering up the leak, including taking their virus database offline in the middle of the night and requesting more than $1 million for additional security,” McCaul added. He stressed that this coverup was “too late – the virus was already spreading throughout the megacity of Wuhan.”

In the report, McCaul states that there was a suspicious request made in July 2019 for a $1.5 million overhaul of a hazardous waste treatment system for the Wuhan Institute of Virology, which, at the time was just 2 years old. CCP made a request for the maintenance of the “environmental air disinfection system” and “hazardous waste treatment system,” which indicated that the systems installed for preventing the lab leaks were functioning.

Furthermore, the satellite and geo-mapping intelligence data showed that hospitals in Wuhan had started witnessing an influx of patients from September, this was due to COVID-19 contagion spread. McCaul exposes  Peter Daszak of the New York-based EcoHealth Alliance and Wuhan lab’s “Batwoman” lead scientist Shi Zhengli, both of whom, he said were engaged in dismissing the lab-leak theory.

While calling on the US Congress to “sanction scientists at the WIV and CCP officials who participated in this coverup,”  Rep. Michael McCaul said that it’s “time to completely dismiss the wet market as the source of the COVID-19 outbreak.”

“We know gain-of-function research was happening at the WIV and we know it was being done in unsafe conditions. We also now know the head of the Chinese CDC and the director of the WIV’s BSL-4 lab publicly expressed concerns about safety at PRC labs in the summer of 2019,” he said, adding that the coronavirus leaked in late August or early September 2019.

The Chinese Communist Party (CCP) officials and the scientists at the WIV began scrambled to frantically “cover up the leak”. This included taking down the virus database offline in the middle of the night, and requesting more than $1 million for additional security, the wide-ranging report found. “But their coverup was too late – the virus was already spreading throughout the megacity of Wuhan. Within a month, satellite images show a significant uptick in the number of people at hospitals around the WIV with symptoms similar to COVID-19.

At the same time, athletes at the Military World Games became sick with symptoms similar to COVID-19,” said Rep. Michael McCaul. And it was at this point that the players carried the coronavirus back to their home countries from China and by November 2019, countries who participated in China’s military games reported early cases of ‘pneumonia-like' COVID-19 respiratory disease.

“This was the greatest coverup of all time and has caused the deaths of more than four million people around the world, and people must be held responsible,” McCaul said, accusing China, citing the trove of evidence.

“It’s time to “completely dismiss the wet market as the source of the outbreak,” he asserted, adding that the pandemic has caused the deaths of more than 4 million citizens globally, and people behind it must be held responsible.