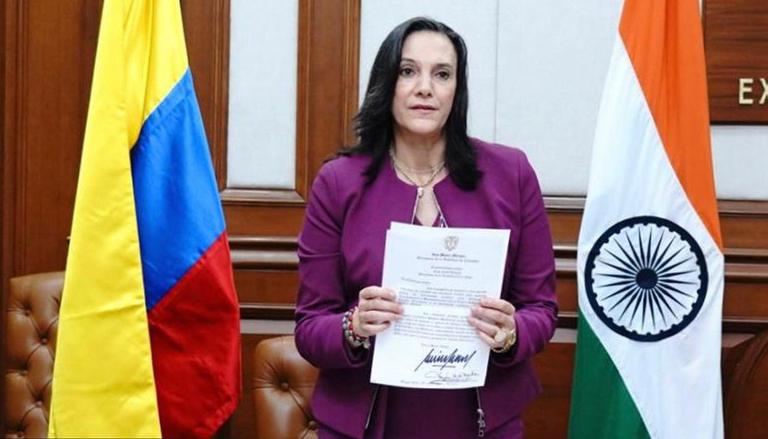 
Colombia's ambassador to India Mariana Pacheco on Saturday said that her country was looking forward to obtaining vaccines from India for the country's refugee population. This comes after India's announcement that it will restart the export of COVID vaccines to the rest of the world under the Vaccine Maitri. According to Ambassador Pacheco, Colombia has over two million Venezuelan refugees, who are eager to receive the Indian vaccination through the Covax programme. She also praised Prime Minister Narendra Modi's Vasudhaiva Kutumbakam initiative.

Mariana said, "In the meantime, we get technology transfer and we can finish off the deals with pharma companies in India for production of vaccine in Columbia. We look forward to getting vaccines from India especially for the refugee population in Columbia."

The ambassador further stated that the Indian government's generosity and openness, as well as Indian centres of excellence, colleges, and pharmaceutical businesses, are amazing. They adhere to Prime Minister Modi's one-family philosophy, and it is for this reason that they are here, not just for the benefit of India or Columbians, but for the sake of humanity. Mariana Pacheco praised India by saying that she admire India for how they have created an ecosystem to promote the pharmaceutical business. Further saying that first and foremost, everyone should learn from them.

Recently, Colombia's vice president and foreign minister Marta Lucia Ramirez visited India. The visit's main goal was to develop bridges with India in a variety of industries, including pharmaceuticals. She met EAM Jaishankar and Vice President M Venkaiah Naidu. During her visit, EAM Jaishankar said that they had a long talk about our growing collaboration. Health, medicines, biotechnology and space were all agreed to be prioritised. He also promised to boost trade and investment, particularly in the areas of energy, information technology, pharmaceuticals and automobiles. He also stated that in multilateral forums, their close cooperation will be bolstered.

Colombia lacks its own COVID vaccination and is entirely reliant on imported vaccines. In an interview with W Radio on July 28, 2020, Colombian Health Minister Fernando Ruiz said that the country had signed confidentiality agreements with two pharmaceutical companies, Pfizer and AstraZeneca, for the acquisition of a COVID-19 vaccine, and that the country would seek agreements with at least three more companies.