"Russia and China have samples of our great helicopters. We have Apache helicopters, and they are now re-engineering the equipment," Donald Trump had claimed. 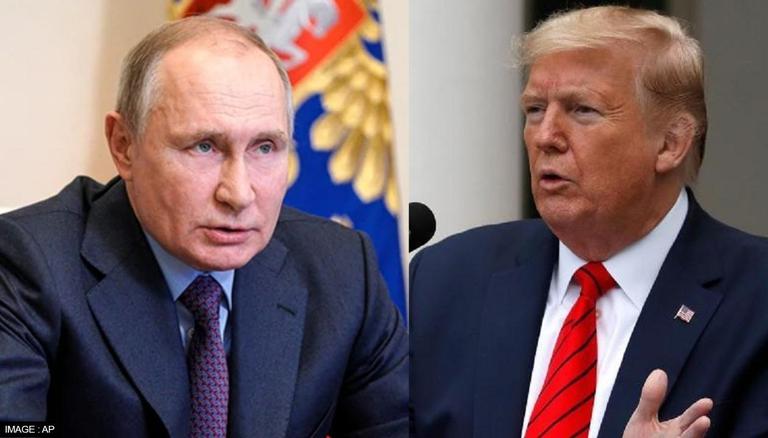 
Russia on October 9 has dismissed the claims made by the former US President Donald Trump that Beijing, and Moscow were working to reverse-engineer American military hardware left behind by US troops in Afghanistan. Labelling the claims as ‘baseless,’ Moscow’s Federal Service for Military-Technical Cooperation spokesperson Valeria Reshetnikova said that currently, “there is no military-technical cooperation with Afghanistan,” Russia’s state-run agency Sputnik reported. "Any claims that our specialists are involved in the efforts to copy American hardware are baseless," Reshetnikova said on Saturday.

At a "Save America" rally in Des Moines on Saturday, ex-Commander-in-Chief for the United States President Trump had said that the US military equipment left behind in Afghanistan by the US and coalition forces “was not disabled and will now benefit other powers, including Russia and China.”

"Russia and China already have samples of our great helicopters. We have the Apache helicopters, and they are now re-engineering the equipment, they are de-engineering. They are taking it apart, they are figuring it out and very soon they'll be building the best stuff for less money," Trump said, as per Sputnik.

Trump on Saturday also claimed that the American military equipment left behind in Afghanistan after the pullout was still functional and it will now benefit other world powers including Russia and China. He then continued,  that both Russia and China already have samples of “great helicopters” belonging to the United States, and they are now “re-engineering the equipment, they are de-engineering.” Trump’s latest remarks came after he repeatedly attacked US President Joe Biden for the US troop withdrawal from Afghanistan and leaving behind billions of dollars worth of military equipment.

Notably, following the completion of America’s pullout mission from the South Asian country, pictures emerged showing the Taliban with the same equipment. Furthermore, he alleged that only 3 per cent of all people who were evacuated from Afghanistan on America’s flights were qualified to be taken to the United States. The former US President claimed, “They had no idea who was getting on those planes.” the former US leader lambasted American governance, saying that the equipment left in Afghanistan was not disabled and “tremendous numbers” of US weaponry and equipment left in the South Asian country, which is now ruled by the Taliban, are being sold to the black market.