Donald Trump might face various criminal charges for attempting to overturn his loss to Democratic competitor Joe Biden in the state of Georgia. 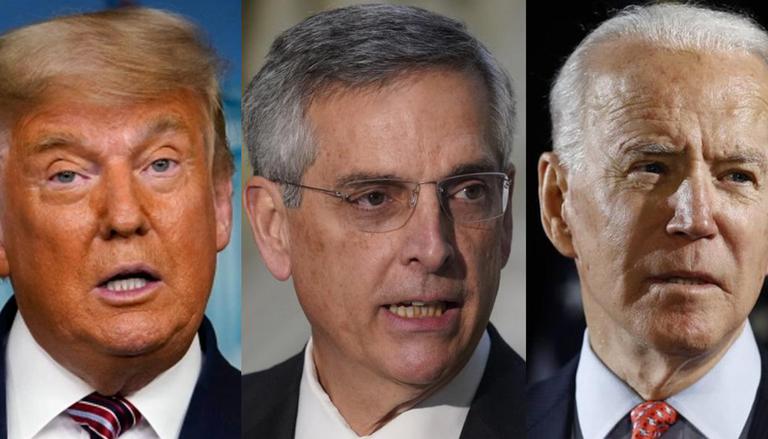 
A recent report published by The Brookings Institute claimed that former President of the United States, Donald Trump, might face various criminal charges for attempting to overturn his loss to Democratic competitor Joe Biden in the state of Georgia during the 2020 presidential elections.

The 107-page report, compiled by various legal experts of the Washington Post, found that Trump and his associates repeatedly attacked the Georgia electoral process and vote count in an attempt to influence the election's lawful outcome.

According to the article, the former President and some of his associates, including his former attorney Rudy Giuliani, might face charges of election fraud, willful interference with an official's performance of poll-related responsibilities, and conspiracy. According to the think tank's analysis, Donald Trump broke the Georgia Racketeer Influenced Corrupt Organizations (RICO) Act.

Fani T. Willis, the District Attorney of Fulton County, has been heading a criminal investigation into Trump's phone call to Georgia Secretary of State, Brad Raffensperger, on January 2, in which he urged his Republican colleague to "find" the votes to overturn Joe Biden's victory in the state, according to Sputnik.

Earlier this month, Raffensperger acknowledged to the American media that Fulton County investigators had requested documents from some of his employees. He also promised to fully cooperate with the probe, claiming that he rejected Trump's demands outright. According to the thorough statewide audit undertaken by Raffensperger amid Republican charges of election fraud, Biden defeated Trump by a margin of 12,670 votes in Georgia.

'Trump approached many Georgian authorities to overturn his election loss'

According to the Brookings Institute report, Donald Trump also approached other Georgian authorities, including Governor Brian Kemp and Attorney General Chris Carr to help overturn his election loss. The report claimed that there is no evidence to suggest that the Georgia election process was manipulated to favour Trump's opponent, referring to his repeated claims that the presidential elections were rigged to favour his opponent.

WE RECOMMEND
Donald Trump '99-100%' likely to run for the US presidency in 2024, close allies reveal
Donald Trump suggests US to 'bomb' its $85bn military equipment in Afghanistan
Evander Holyfield vs Vitor Belfort: Ex-US Prez Donald Trump to do commentary for epic bout
As Donald Trump mistakes ISIS-K for ISIS-X, netizens take a jibe at former US President
Donald Trump asserts he has 'a mouth that tells the truth' at his Georgia rally