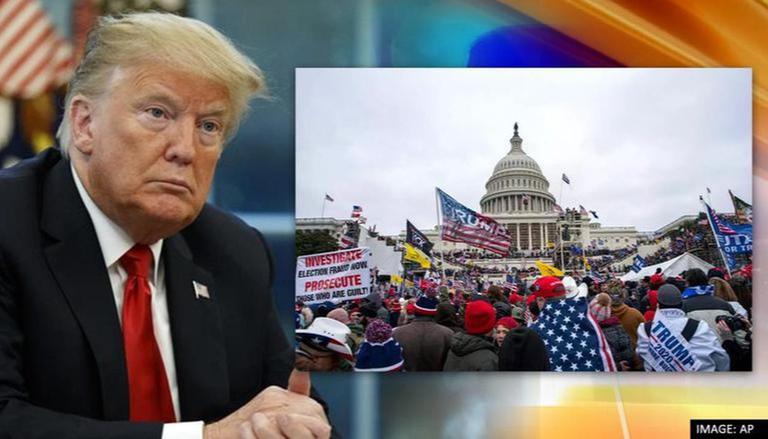 
Former US President Donald Trump scored a victory on Thursday, 11 November, when a federal appeals court allowed a temporary stay on the release of sensitive White House records related to the January 6 Capitol riots. According to The Guardian, the federal appeals court in Washington DC granted Trump’s request to temporarily block the National Archives, a federal agency that holds presidential files, from releasing records to the bipartisan House select committee probing the horrifying Capitol insurrection.

On Friday, the National Archives was set to give congressional investigators hundreds of pages of documents and other materials that Trump wants to keep a secret. However, Trump had asked the appeals court on Thursday for a temporary injunction. Now, following the granting of the temporary stay, the court has set a hearing for 30 November to hear oral arguments in the case, granting a request for an expedited schedule.

It is to mention that the former president has repeatedly argued that the materials requested by the Select Committee were covered by a legal doctrine known as an executive privilege that protects the confidentiality of some White House communications. Trump called the committee’s request a “vexatious, illegal fishing expedition”. He also said that the Democratic-led bipartisan committee was “untethered from any legitimate legislative purpose”.

But the House select committee, on the other hand, had said that it needs the requested documents to understand the role the former President may have played in fomenting the riot in which his supporters aimed to block members of the Congress from certifying Joe Biden’s presidential win. Notably, according to previous court filings, the records that Trump wants to block from releasing include call logs, drafts of remarks and speeches and handwritten notes from Trump’s chief of staff, Mark Meadows. As per reports, there are also copies of talking points from the then press secretary Kayleigh McEnany.

During the riots, five people died and many were injured, including at least 138 police officers. Since then, law enforcement has arrested roughly 600 people, who were allegedly involved in the Capitol riots, with some of them also charged with attacking federal police officers. The committee has already interviewed more than 150 witnesses and issued more than 30 subpoenas, including on Tuesday to the former White House senior adviser Stephen Miller.

On January 6, Trump also addressed a rally outside the White House, promising supporters that the election would not be "stolen" from him. The Republican leader later asked his supporters to "remain peaceful" and "go home" via his now-suspended Twitter account. On January 7, he also recorded a video speech condemning the violence.

READ | Rep. Liz Cheney says Trump is at war 'with the rule of law'