As per reports, Twitter has removed a video from US President Donald Trump's tweet which had a morphed video of a Nickelback music video clip that targetted former US Vice President Joe Biden. A Twitter spokeswoman said on October 3 that company has indeed acted on a valid copyright complaint. However, this is not the first time that a Trump tweet was morphed as a part of copyright infringement.

Reports suggest that a Twitter post and a YouTube video were blocked because of copyright claims. The video allegedly featured a morphed version of Nickleback's 2005 music video “Photograph” which purportedly shows Chad Kroeger who held up a photo of Biden, his son Hunter, a Ukrainian gas company executive and one another person. Instead of the video, there is a message which reads that the media has been disabled in response to a report by the copyright owner.

LOOK AT THIS PHOTOGRAPH! pic.twitter.com/QQYTqG4KTt

Trump's tweet has come at a time when US President has criticised Democrats for starting an impeachment inquiry in response to July phone call with Ukrain President which Trump pushed for an investigation of his  Democratic opponent Biden and his son, Hunter. 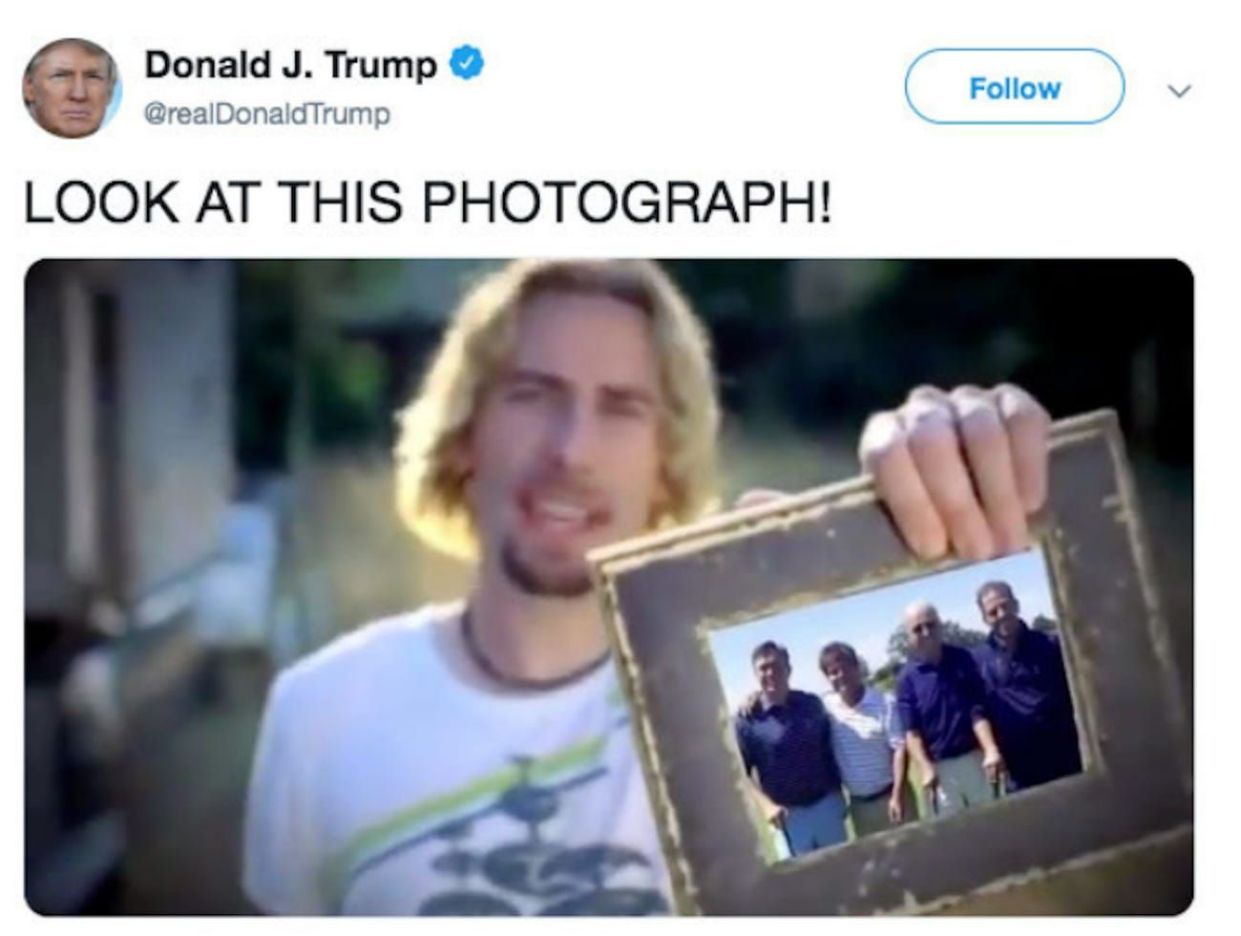 Read | US: Democrats Answer Trump’s Ire And Name-calling With Subpoenas

A Twitter spokeswoman said on October 3, that company has indeed acted to “to valid copyright complaints sent to us by a copyright owner or their authorized representatives.” As Twitter acted, the White House uploaded the same video on youtube on October 4th morning which may suggest that it has manufactured the digital attack on Biden. By Thursday noon the YouTube video was blocked as well. Nickleback's representatives reportedly haven't responded messages seeking comment. However, this is not the first time that a Trump tweet was morphed as a part of copyright infringement.  In April earlier this year, President had posted a video containing music from DC film' Batman  "The Dark Knight Rises." The video was removed after Warner Bros filed a copyright claim and a takedown notice.

Read | Once An Obscure Diplomat, Volker At Centre Of Trump Inquiry