“They were there from March until that article about the trooper dating [redacted] came out,” she revealed referring to trooper dismissed to Canadian border. 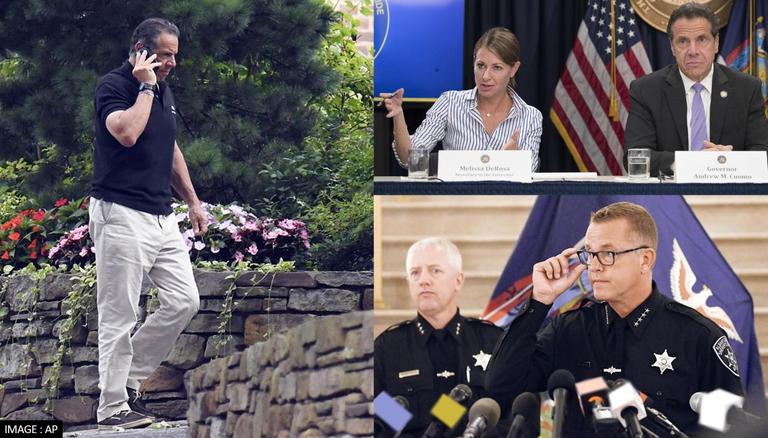 
Embattled ex-Gov. Andrew Cuomo and his married then-top aide Melissa DeRosa were indulged in “making out on the sidewalk like high schoolers,” The Post reported citing the new explosive claims made by a state police bodyguard who was witness to the incident. Ex-New York Governor’s sexual harassment probe has been underway, and as more details about the allegations made by at least 11 female staff members some of them former aides emerge, a female state trooper has shockingly come out with the details of former Gov Cuomo’s alleged May-December romance with the fixture often seen next to him for months during his COVID-19 news conferences.

The said woman resigned early in August as the New York governor was faced with the prospect of impeachment with many sexual misconduct allegations made against him. Known as Cuomo’s top defender and strategist, who often told the press that serving New York had been “the greatest honour of my life,” DeRosa turned in her resignation saying that the past two years had been “emotionally and mentally trying.” She, although, did not divulge more specific reasons for submitting her resignation that came exactly around the time when the threat of criminal investigations loomed over Cuomo.

At the time, US President Joe Biden had also strengthened his calls asking ex-New York Governor to either leave the office or face impeachment. 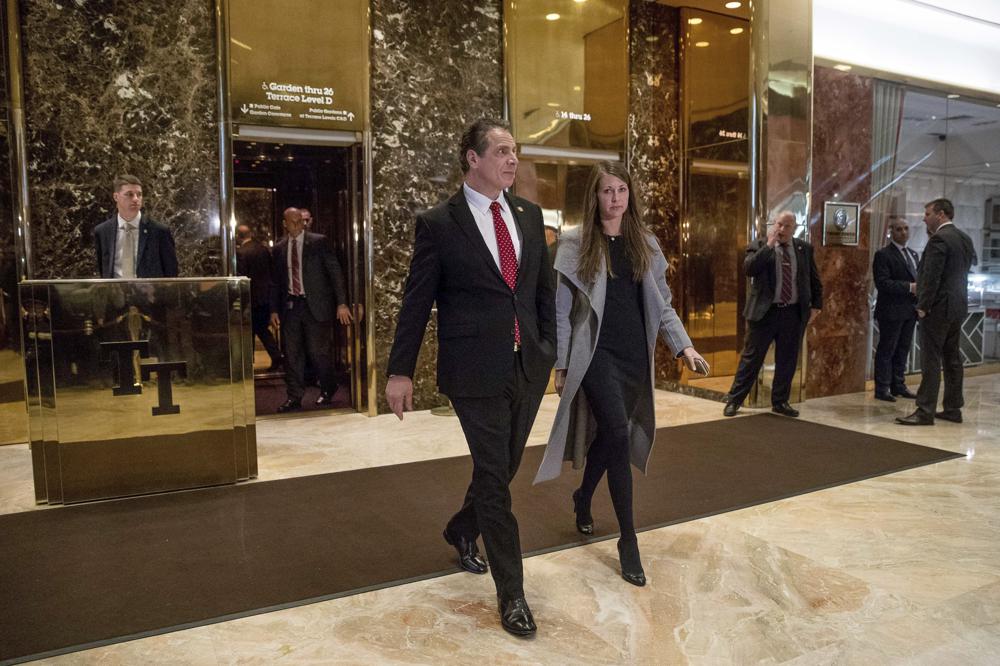 In the interview transcripts released by Attorney General Letitia James earlier this week, and obtained by The Post, a female trooper who accused Cuomo of sexual misconduct revealed in her testimony about “Cuomo’s kissing partner,” who finds no mention in the 143-page document for the court proceedings.

The aide resigned after a meeting of the state Assembly's Judiciary Committee that delivered a timeline for Cuomo's potential impeachment acting on the New York State Attorney General Letitia James' August 3 report. The Post reports that while several names in the court document were either blacked out and replaced with just the job titles, the 39-year-old DeRosa was addressed as a “Senior Staffer #1” and is allegedly the one spotted having an intimate relationship with the former Governor of New York.

The unidentified trooper — who served on Cuomo’s security detail stated at a zoom meeting was asked by an attorney hired by Letitia James if she or her colleagues ever “observed anything between the Governor Executive Chamber subordinates” The Post reported citing the transcript. In response to this, the trooper made shocking claims that the “Senior Investigator #1 once witnessed the Governor and Senior Staffer #1 making out on the sidewalk like they were high schoolers.”

“Again, he told me this. I didn’t witness this. I wasn’t even here at the time. But that’s what I had heard,” the trooper reportedly said. She then told lawyer Anne Clark that she also heard rumours that the former disgraced governor had been in a hotel room with Senior Staffer #1 where “the two remained for an hour, and later only one of the two left the room.”

New York’s state trooper divulged details that did not make on the court proceeding document, as she revealed: “I heard that there was a guy named [redacted] here. I don’t know how to spell his last name. But he was driving once and saw Senior Staffer #1 and the Governor like making out. He [Cuomo] was in the front seat. And Senior Staffer #1 was like sitting on the console kissing him.

”I think everyone kind of like assumes or thinks that there’s something going on between them,” she goes on to add, shockingly adding that “during COVID, Senior Staffer #1 and Senior Staffer #2 were basically living at the mansion.” “They were there from basically March until that article about the trooper dating [redacted] came out,” she said.

The Post also appears to link the person mentioned in testimony with a trooper it exposed in October 2020, Cuomo’s bodyguard Dane Pfeiffer, who was transferred at a faraway location near the Canadian border over rumours that he had an affair with Cuomo’s daughter Cara Kennedy-Cuomo. The 35-year-old was dismissed over the romance that was reported at the time to have begun at the Executive Mansion in Albany, the same location where Cuomo was spotted with his former aide.

The trooper, who allegedly saw Cuomo keeping intimate relationships with former married aide was removed due to “the protocol of dignitary protection,” a  law enforcement source had informed The Post at the time. “He was transferred to keep him away from the daughter because the governor didn’t like whatever they were doing,” the source said. State trooper, meanwhile, who exposed Cuomo’s sexual involvement with former aide said that apparently, no one knew what was going on “behind the closed doors.”

‘Beyond the pale for this trooper, attempting to extort me’: Former aide reacts

The former top aide being accused of “making out” with the New York’s politician during his tenure and while she was employed under him reacted to the trooper’s testimony, as she said in her response in a tweet: "As a young woman who has worked at the highest levels of government and politics, I’m used to people making up and spreading rumours about me.” She then condemned the claims, saying, “it is absolutely beyond the pale for this trooper, who by her own admission I barely knew - who has already attempted to extort me for money - to make these accusations based on false rumours and for them to be printed in a newspaper. Not only is this ludicrous, but it’s also hurtful and potentially actionable.”

"Roughly 1 month ago, trooper #1’s lawyer emailed to say she would sue me if I didn’t pay her off privately — this despite the fact that she said we only ever said ‘hi’ and ‘goodbye’ I refused to pay her," DeRosa added. "Now, this."

My statement regarding @bern_hogan & “Trooper# 1’s” attempt to extort me pic.twitter.com/h3LEA4ta34