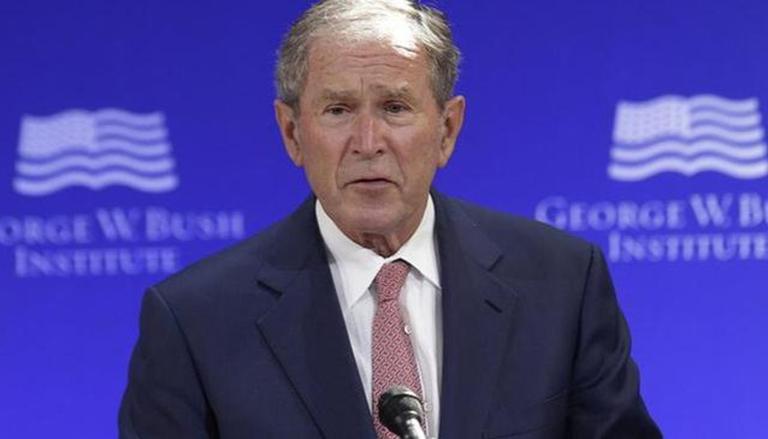 
Former US president George W. Bush urged Americans to confront violent extremists living on American soil while addressing a gathering on the 20th anniversary of the 9/11 attacks. Referring to the 6 January Capitol Hill riots, the former president said that the threat to the USA comes not just from across the border, but from within as well.

During his address, Bush said, "Growing evidence that the dangers to our country can come not only across borders but from the violence that gathers within. There is little cultural overlap between violent extremists abroad and violent extremists at home." He added, "But in their disdain for pluralism, in their disregard for human life, in their determination to defile national symbols, they are children of the same foul spirit. And it is our continuing duty to confront them."

Following the Capitol Hill riots on 6 January, Bush had said, "It is a sickening and heartbreaking sight. This is how election results are disputed in a banana republic -- not our democratic republic", adding that he was "appalled by the reckless behaviour of some political leaders since the election". He had also urged his countrymen saying, "Let the officials elected by the people fulfil their duties and represent our voices in peace and safety. May God continues to bless the United States of America".

READ | Russia puts onus on US, says their military efforts in Afghanistan 'turned to dust'

Plotted by Al-Qaeda supremo Osama Bin Laden, the 9/11 attacks killed nearly 3,000 people. The hardline Islamist group had launched four US passenger jets into three different locations; they crashed into the Twin Towers of the World Trade Center in New York, attacked the Pentagon, and hit a field in Pennsylvania. In response to the attack, the USA led an invasion into Afghanistan to hunt down Bin Laden and finally achieved the goal in 2011, killing the Al-Qaeda leader in Pakistan.

WE RECOMMEND
US President during 9/11, George Bush recalls 'sudden splendour' of Americans' bravery
US First Lady Jill Biden returns to 'in person' teaching job at community college
'A force for good': George Bush steps into US migration debate in op-ed and book
George W. Bush 'appalled' by pro-Trump 'insurrection' at US Capitol; expresses concern
Twitterati fishes for man who threw shoes at then US President George Bush; strikes gold