Ghislaine Maxwell's sister Christine burst into tears after the judge stated that the alleged sex trafficker would spend her 60th birthday behind bars. 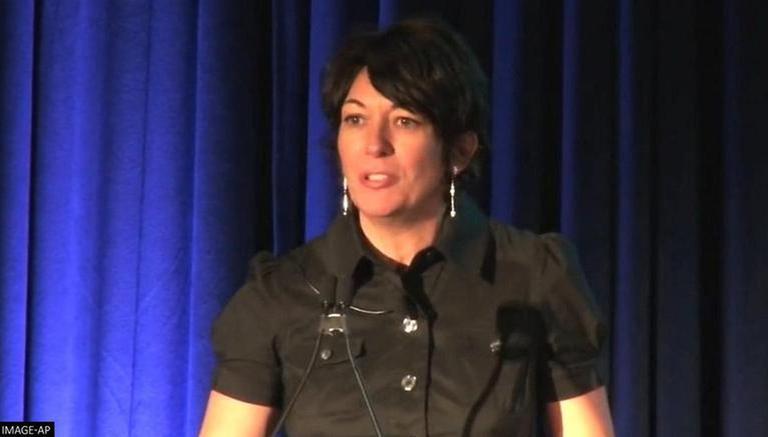 
Ghislaine Maxwell’s sister Christine burst into tears after the judge stated that the alleged sex trafficker would spend her 60th birthday behind bars on Christmas Day, as the jury adjourned for the weekend. On Wednesday, December 22, the jury in the Maxwell trial failed to make a decision before the long holiday weekend. According to footage released by ITV's "Good Morning Britain," Maxwell’s sister Christine was seen weeping inconsolably after the judge ordered to keep her sibling in prison for her 60th birthday, reported news agency Sputnik.

Ghislaine Maxwell, a British woman, is accused of 'procuring' young girls for his alleged late 'partner' and sex offender Jeffrey Epstein. She is also accused of participating in the abuse herself. However, she has denied all charges levelled against her. Last month, Maxwell alleged in an interview with Daily Mail that she was assaulted by prison guard officers and made to suffer a long list of terrible circumstances whilst she has been waiting for her sex trafficking trial in a Brooklyn prison.

In the said video, Maxwell's sister and brothers, Ian and Kevin Maxwell were seen anxiously waiting for a verdict last Wednesday, however, now they will have to wait till Monday (Dec. 27) when the court resumes deliberations after the holiday, reported Daily Mail. The Maxwells, the children of infamous former English publishing magnate Robert Maxwell, have been a constant courtroom presence in support of their accused sister, who has been held in the Brooklyn House of Detention since her arrest in July 2020. However, Maxwell has maintained her innocence, and her lawyers have slammed her accusers, claiming that they have a poor memory and are "driven by greed."

It is pertinent to mention here that if Maxwell is found guilty during the trial which will commence next week, she will face a punishment of up to 80 years in prison. Last month, she revealed that food in the Brooklyn prison is terrible and sleeping arrangements in the cell is below par. Maxwell alleged that she was compelled to stop taking showers due to "creepy" guards staring at her, reported Daily Mail.