Haiti Abduction: Blinken Says US 'relentlessly Focused,' Will Do Everything To Solve Issue

US secretary of state Antony Blinken said that Washington “will do everything in its power” to free the US citizens taken hostage by Haiti’s gang 400 Mawozo. 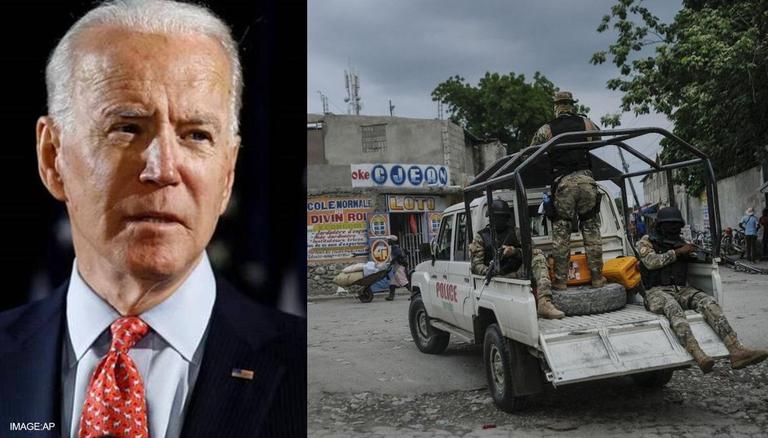 
After the gang known as 400 Mawozo behind the kidnapping of US and Canadian missionaries in Haiti, including five kids, demanded the US $1 million ransom per person, US secretary of state Antony Blinken said that Washington “will do everything in its power” to free the US citizens taken hostage by the gang members. “We have in the administration been relentlessly focused on this,” US Secretary of State Antony Blinken told a news conference Tuesday on a visit to Ecuador on October 19, Tuesday. Adding that the Federal Bureau of Investigation was now involved in the matter, Blinken told the presser “We will do everything we can to help resolve the situation.”

Haiti’s brazen criminal gang kidnapped a group of 17 US missionaries, including children earlier last week. The American missionaries were on their way home from building an orphanage, a message released by the Ohio-based Christian Aid Ministries on Saturday revealed. White House press secretary Jen Psaki informed in a press briefing that the FBI was involved as a part of a coordinated US government effort to get the abducted citizens out to safety. Additionally, she said that the American embassy in Port au Prince was coordinating with the family members of the kidnapped US missionaries. "Kidnapping is widespread, and victims regularly include US citizens. We know these groups target US citizens who they assume have the resources and finances to pay ransoms, even if that is not the case,” Psaki told the White House briefing.

Demonstration outside north of Port-au-Prince, Blinken says 'this can't go on'

An official familiar with the development, who is not authorised to speak to the press, told The Associated Press discreetly that the 400 Mawozo gangs has made the demand of ransom on Saturday over a phone call shortly after the abduction. Although the name of the official, whom the kidnappers made the request, was not disclosed. The said official has also been in contact with the Christian Aid Ministries, The Wall Street Journal first reported. Among those kidnapped are the adults aged18 to 48, the children from 8 months to 15 years, a statement from the organization on Tuesday revealed. 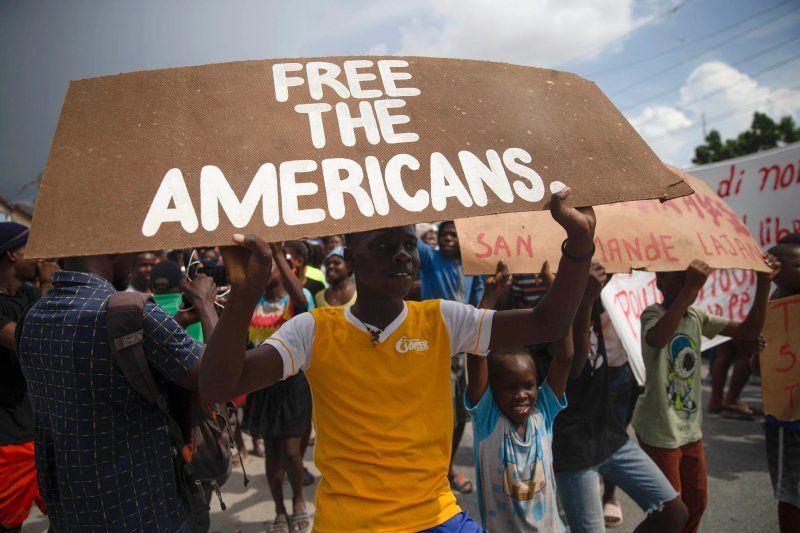 [People protest for the release of kidnapped missionaries near the missionaries' headquarters in Titanyen, north of Port-au-Prince, Haiti. Image: AP]

After the abduction, dozens of citizens led a demonstration outside north of Port-au-Prince, through the streets of Titanyen demanding the release of the missionaries and protesting against the country’s woes after the assassination of president Jovenel Moise in July. Angry protesters demanded the release of captured missionaries, flashing placards some of which read:  “Free the Americans” and “No to Kidnapping!”

It was also reported that at the time the missionaries were kidnapped, an abducted American citizen from missionaries appealed for immediate help in a WhatsApp group, sources confirmed to The Washington Post newspaper. Blinken told a conference that the US State Department was “in close contact” with the Haitian government about the abduction, as he stressed that this is also indicative of a “much larger problem and that is a security situation that is, quite simply, unsustainable.”

Blinken asserted, “That can’t go on. That’s certainly not conducive to an environment in which the work that needs to be done,” as he added that “investments that need to be made in the people of Haiti, in their future, can be made”.

At least two French clerics were similarly abducted by Haiti’s gang 400 Mawozo in April for almost 20 days, for which, France paid a hefty ransom, a report by The Wall Street Journal had then confirmed.