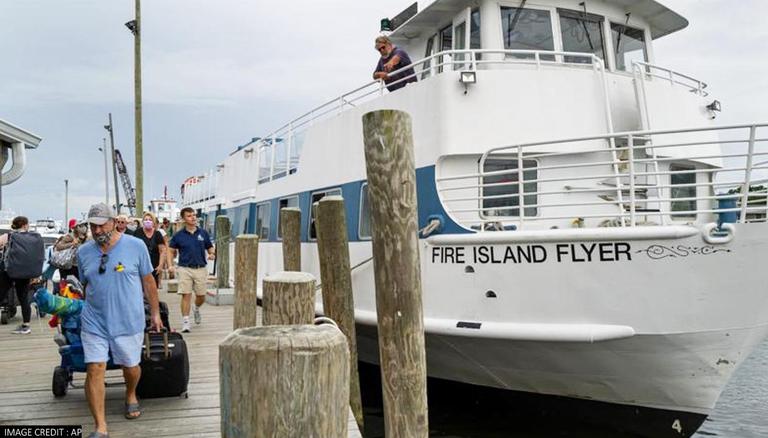 On Saturday, August 21, the last boats out left before 11 pm and officials had warned that there would be no way to reach people left behind. New York Governor Andrew Cuomo, who has resigned over a sexual harassment scandal urged New York residents to make last-minute preparations. He warned that it could bring a storm surge of three to six feet. He added that Henri is currently a Category 1 and further warned that superstorm Sandy that hit New York was also Category 1.

If you live in an area expected to be seriously affected by Hurricane #Henri, don’t wait until tomorrow to prepare.

#Henri is currently a Category 1 hurricane—meaning sustained winds of about 80 mph.

It could also bring a storm surge of three to six feet.

Superstorm Sandy was also a Category 1 when it hit NY.

Take this seriously. Prepare for the worst—Hope for the best.

Connecticut Governor Ned Lamont has urged residents to "check for announcements from their local town/city officials pertaining to potential evacuation orders for their area." Lamont urged Connecticut residents to be prepared to “shelter in place by Sunday afternoon through at least Monday morning". Connecticut Department of Transportation has informed that heavy rains and high winds are expected from Hurricane Henri. Connecticut Department of Transportation announced that most public transportation services for most bus services, all rail and ferry services for Sunday. Due to the approaching Hurricane Henri, Connecticut Governor has banned all motorcycles and empty and tandem tractor-trailers from travelling on Interstate 95 from 11 am, Sunday until further notice.

As this storm moves toward CT, we're anticipating heavy rainfall and high winds, with coastal and urban flooding a significant concern.

Right now, it’s a good idea for everyone to be prepared and expect to shelter in place by Sunday afternoon through at least Monday morning.

In anticipation of heavy rains and high winds expected from Tropical Storm/Hurricane Henri CTDOT suspends most public transportation services for most bus services, and all rail and ferry services for all day Sunday. https://t.co/5iNVSqFByw