The US blocked a public virtual meeting of the UN Security Council on Wednesday to discuss the worsening conflict between Israel and Palestine. 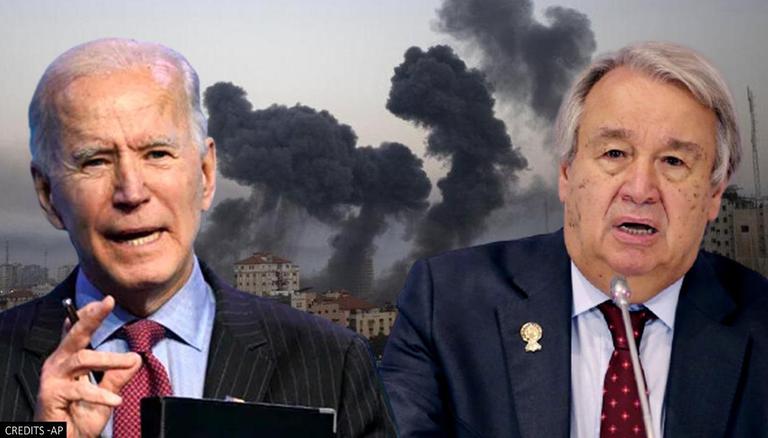 
According to diplomats, the US blocked a public virtual meeting of the UN Security Council on Wednesday, May 12 (local time), to discuss the worsening conflict between Israel and Palestine. China, Tunisia, and Norway had demanded an open meeting for Friday, May 14, but the US said that such a meeting would undermine de-escalation efforts, diplomats added. Instead, the US has requested an open discussion on Tuesday. Tor Wennesland, the UN Special Envoy for Israeli-Palestinian Peace, gave a second briefing to the council.

According to reports, the briefing expressed deep concern about the latest situation in Gaza and called for an immediate cessation of hostilities, as well as tensions and violence in East Jerusalem, especially in and around the holy sites.

It stated, "Council members demanded an immediate cessation of all acts of violence, provocation, incitement and destruction. They called for respect for international law, including international humanitarian law and the protection of civilians."

The current violence between Israel and Palestine represents a significant increase in tensions over the possible expulsion of Palestinian families from East Jerusalem by Israeli settlers and access to one of the city's most holy sites, which is a central centre for Islam, Judaism, and Christianity.

Since the Israeli airstrikes started on Monday, 103 people have been killed in Gaza, including 27 children, according to the health ministry. Al Jazeera confirmed that over 580 people were injured. As Palestinians celebrated the first day of the Eid al-Fitr religious holiday on Thursday, the four days of cross-border violence showed no signs of abating.

In response to a fresh barrage of rocket fire from the Hamas-run enclave, Israel said it sent ground forces into action and pounded Gaza on Friday. According to reports, Israeli Army spokesman John Conricus confirmed the escalation but did not specify the nature of the action.

READ | Russia, UN call for peace between Israel and Palestine, back two-state solution

Meanwhile, Israel's Defense Minister, Benny Gantz, has ordered the mobilisation of an additional 9,000 reservists, implying a potential land invasion of Arab-controlled territory. Brig. Gen. Hidai Zilberman, the chief military spokesman, echoed his stance, saying that reserve forces, tanks, and heavy artillery were accumulating along the Gaza border and were ready for "mobilisation at any given moment." With devastation hitting new heights every day, the conflict is expected to have far-reaching consequences beyond the Intifada in Palestine.

WE RECOMMEND
US expresses 'serious concerns' over unrest in Jerusalem, evictions of Palestinians
US State Department eases travel restrictions for UK and Israel; All you need to know
US expresses concern about violence, discrimination against religious minorities in India
US coast guard ship fires 30 warning shots in close encounter with Iranian vessels
US condemns rocket strikes by Palestine on Israel, calls it an 'unacceptable escalation'