Joe Biden-Harris Inauguration Day 2021: Schedule, Timings And How To Watch 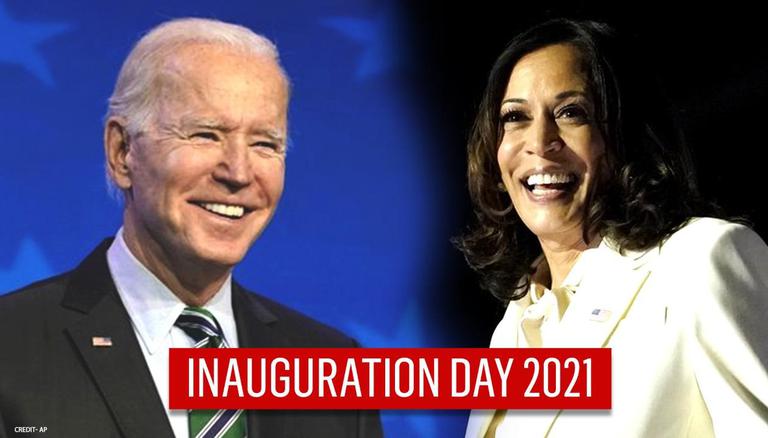 The inauguration of 46th US President-elect Joe Biden is scheduled to take place around 10:00-10:30 PM (IST) or 11:30 AM (ET) on January 20 amid concerns of potentially armed protests across the nation. The historic swearing-in ceremony for Biden and first woman US Vice President-elect Kamala Harris will be one-of-a-kind with a mixture of virtual and in-person attendees owing to the alarming situation of COVID-19 pandemic in the country. The ceremony, which will be held outside the US Capitol just weeks after the stunning attack by Trump supporters, is also taking place after a chaotic transition with Trump still left to congratulate his successor.

It will be the first-ever curated live stream for “young Americans” with host, Keke Palmer, award-winning entertainer and advocate. The event will feature a message from the US First Lady-elect Jill Biden along with commentary from historians Doris Kearns Goodwin and Erica Armstrong Dunbar. The event is reportedly aimed to start around 11 AM local time with national anthem and invocation on January 20.

Biden is expected to swear in by Chief Justice John Roberts at noon ET on the West Front of the US Capitol after Harris is sworn in by Supreme Court Justice Sonia Sotomayor. Following the riots inside the federal building, the inauguration will be scaled down but the security is ramped up with more than 25,000 National Guards and thousands of local law enforcement officials.

After taking their respective oaths, Biden and Harris will be completing the transitional ‘Pass in Review’ inspection of troops from all service branches. It is a ritual that depicts the peaceful transfer of power to a new Commander in Chief.

Read - Biden Has Set Sky-high Expectations. Can He Meet Them?

Further, as per reports, Jill Biden and US Second Gentleman Douglas Emhoff will later also visit Arlington National Cemetery to lay a wreath at the Tomb of the Unknown Soldier. Biden, Harris and their spouses will be joined by former presidents and first ladies, Barack and Michelle Obama, George W. and Laura Bush, and Bill and Hillary Clinton.

After the Pass in Review, Biden will be receiving a Presidential Escort from 15th Street in Washington to the White House without a huge crowd. It would be followed by a virtual “parade across America” including a range of performances in communities across the nation.

While each US President’s term starts at noon ET on the day of the inauguration, the President-elect is required to take the oath of office before assuming the duties. After the swearing-in ceremony, Biden will also deliver his inaugural address.

Where to watch the inauguration?

The 59th Presidential Inauguration of Joe Biden and Kamala harris will be broadcasted at all major American networks including ABC, CBS, CNN, NBC, MSNBC, and PBS. Further, the event will also be live-streamed on bideninaugural.org/watch/ along with the social media channels of Biden Inaugural Committee including YouTube, Facebook, Twitter and even Twitch. Other viewers can also choose to watch the swearing-in ceremony on Amazon Prime Video, Microsoft Bing, NewsNOW from Fox, AT&T U-verse (Channel 212/1212 in SD/HD), AT&T DIRECTV (Channel 201).

Who all will be participating?

According to the inauguration website, Biden will be laying out his vision to “defeat the pandemic, build back better, and unify and heal the nation”. The following participants will join the official swearing-in ceremony:

There would also be a bonus celebration for 90 minutes called “Celebrating America” after the conclusion of the official ceremony and would be hosted by Tom Hanks. Apart from featuring performances of Ant Clemons, Jon Bon Jovi, Demi Lovato, and Justin Timberlake, it would also include remarks from Biden and Harris.