During the COVID memorial event, Kamala Harris and Dr. Jill Biden's attire offered a subtle tribute to the nation’s continuing struggles against the pandemic.

On the eve of the historic inauguration, US President-elect Joe Biden and wife Dr. Jill Biden, along with Vice President-elect Kamala Harris and her husband Doug Emhoff gathered on the National Mall in Washington DC for a COVID memorial honouring. During the event, while Biden encouraged healing and said that part of the process was to remember those who had been lost, Harris, on the other hand, didn’t speak but her attire offered a subtle tribute to the nation’s continuing struggles against the ongoing pandemic. Incoming First Lady Dr. Biden’s attire also reflected hope for change.

Dr. Biden chose a purple wrap coat and panelled dress from the fall 2021 collect of Jonathan Cohen, who is one of a new generation of American designers who are championing sustainability and responsible design. The colour of her coat and mask, which was made from fabric scraps from Cohen’s studio, is also no coincidence. Purple is one of the Suffragettes’ colours and it is also what you get when you mix red and blue - of the American flag.

Vice President-elect Kamala Harris, on the other hand, wore a camel coat by Kerby Jean-Raymond of Pyer Moss, who is a Black designer and who is likewise weaving purpose into his mission. On his runway, Raymond has addressed the erasure of African American narratives in popular culture via a three-part series of collections that he called “America, Also”. Back in September, Moss had also gathered PPE for hospital workers and provided $50,000 in grants for small businesses affected by the COVID crisis. 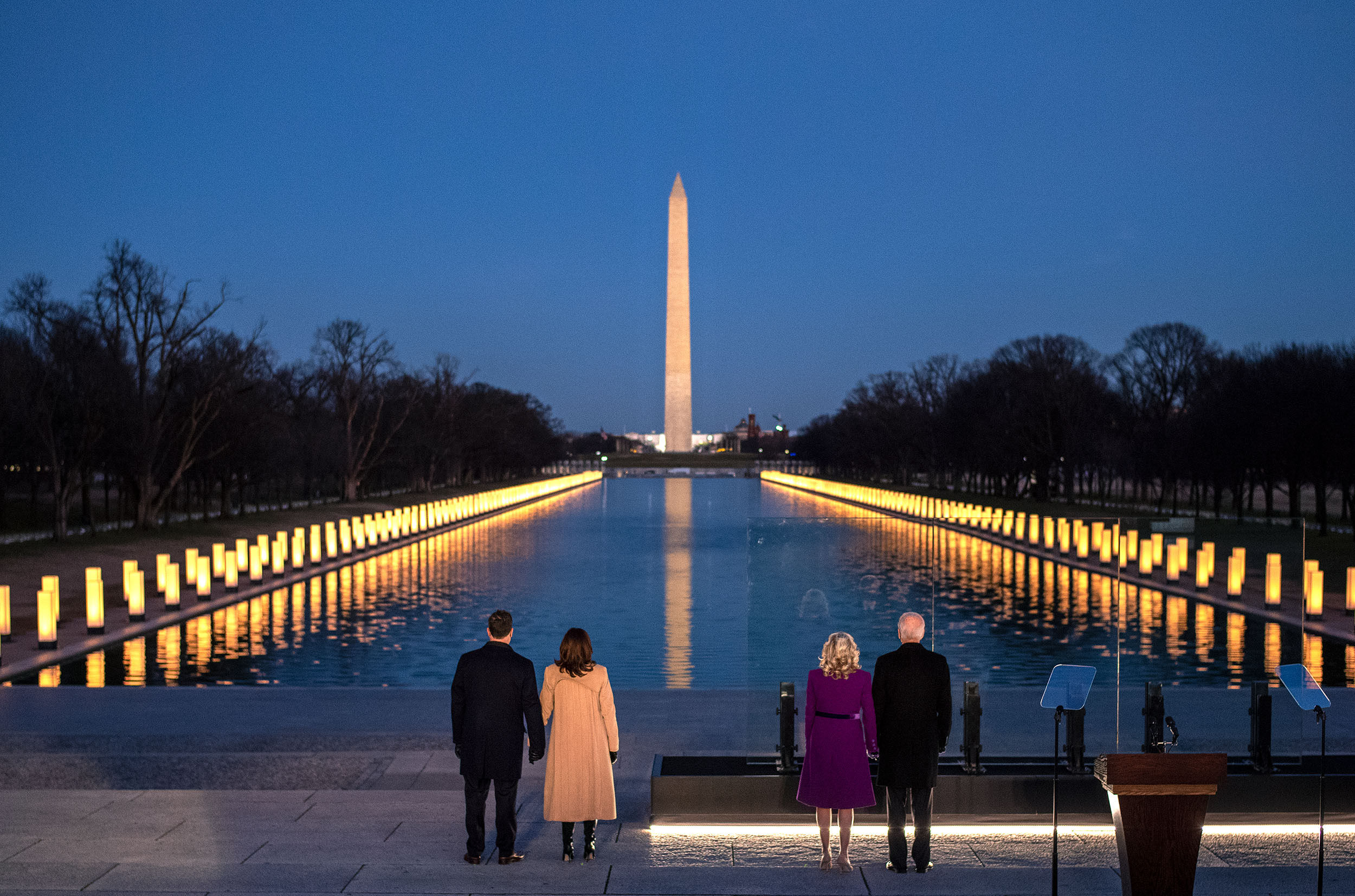 READ: What Is Paris Climate Agreement That Biden Is Set To Rejoin In First Steps As President

Meanwhile, during the event, the four honoured over 4,00,000 Americans who lost their lives to coronavirus. "Between sundown and dusk, let us shine the lights in the darkness along with this sacred pool of reflection and remember all who we lost," Biden said as he led the national tribute a day before his inauguration. The reflecting pool was illuminated with 400 lights on either side. Other parts of the country took part in the memorial service as well, including Washington National Cathedral, which mourned the death of 4,00,000 Americans by tolling its funeral bell 400 times, once for every 1,000 deaths.

Biden and Harris will be sworn-in today by noon local time. The inauguration event has been curtailed keeping in mind the COVID-19 restrictions and also the security threat posed after the January 6 insurrection. No large crowds will be allowed this year as only 1,000 tickets have been sold as opposed to up to 2,00,000 during Trump's inauguration. Congress members are allowed to bring only one guest along with them this year.

READ: On Day One, Biden To Undo Trump Policies On Climate, Virus