As pride month winds down to its colourful end, LEGOLAND has decided to flaunt its LGBTQ+ pride by hosting the smallest Pride parade of the year, as per international news reports.

As pride month winds down to its colourful end, LEGOLAND has decided to flaunt its LGBTQ+ pride by hosting the smallest Pride parade of the year, as per international news reports.

Set in MINILAND, the kids' amusement park inside the LEGOLAND Discovery Center in Westchester in New York, the parade features recreation of parts of New York City with two floats bearing the legends 'Pride' , 'Love is Love' and an enormous “Stonewall 50” billboard along with a number of bedazzled miniature New Yorkers dancing in a recreated mini-Times Square, as seen in visuals shared by LEGOLAND. The LEGOLAND parade celebrates the 50th anniversary of the Stonewall rebellion and the birth of LGBTQ Pride.

Apart from the Westchester LEGOLAND, Birmingham’s Discovery Center in the UK too had festive figurines on the streets of the town in May, including a rainbow and heart-decorated float featuring miniature versions of the Village People, according to international news reports. The smallest Pride parade is scheduled to be on display inside MINILAND till the end of June.

Here are some visuals from LEGOLAND New York and Birmingham celebrating with Pride parade: 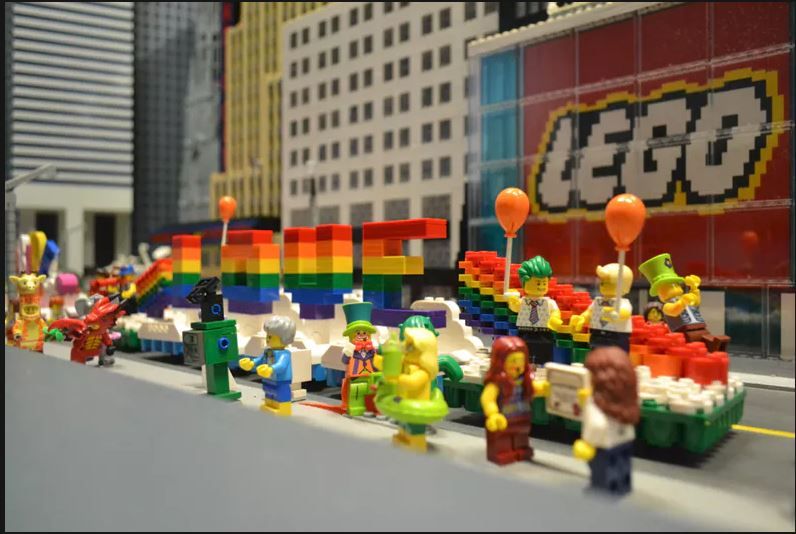 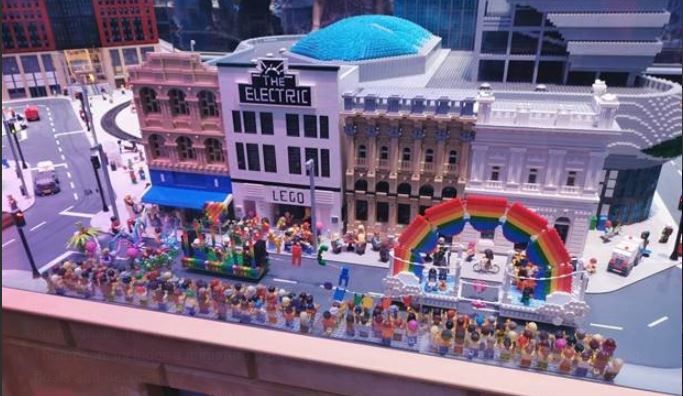 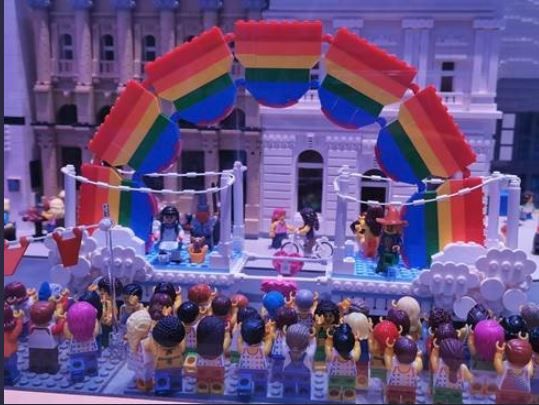 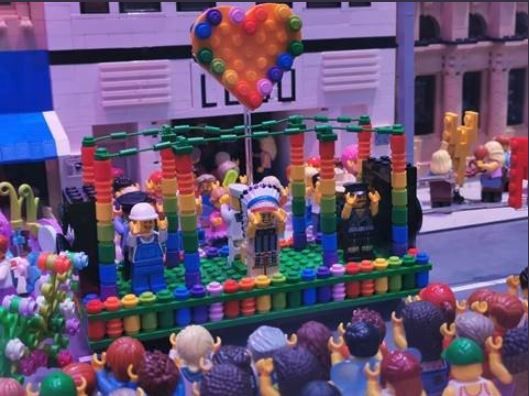 Step-by-step, New York To Get Its Biggest Pride Flag: Here's Its Story

All in all, it’s just another brick in #Stonewall 😍 pic.twitter.com/wODMKyCFsx

And Lego is staging "the world's smallest pride parade" with a bunch of minifigures! 😍😍🏳️‍🌈

The best reaction was from late-night TV host show highlighting the conservative attitude of Alabama saying, "LEGOLAND can't have the smallest pride parade, that must be in Alabama featuring zero gay people."