Two US experts have said on June 6 that “damning” science strongly indicates that COVID-19 causing novel coronavirus, is man-made and optimized in a lab. 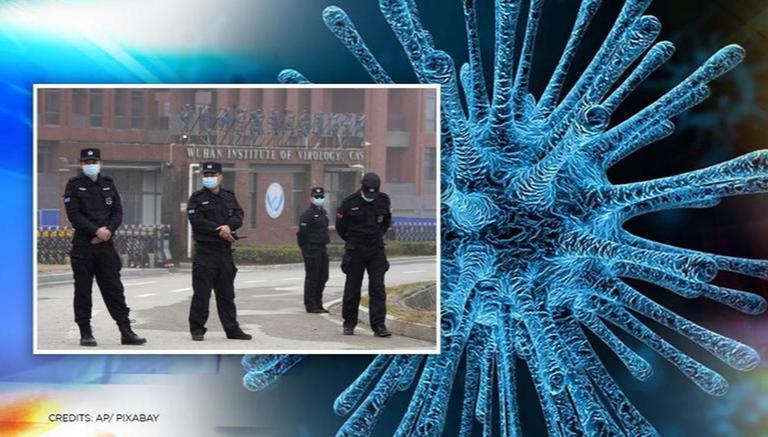 
Two United States experts have said on June 6 that “damning” science strongly indicates that COVID-19 causing novel coronavirus, is man-made and optimised in a lab for maximum infectivity before leading to a pandemic last year. In an opinion piece for the Wall Street Journal published on Sunday, Dr. Steven Quay and Richard Muller noted two crucial pieces of evidence to back their claim of SARS-CoV-2 being manufactured in a laboratory after the theory was long derided as little more than speculation.

Firstly, according to US experts, it is the nature of gain-of-function research which includes scientists tweaking the genome of the virus to make it more infectious or lethal such as the one taking place in China’s Wuhan Insitute of Virology. Quay and Muller wrote that the COVID-19 pathogen has a genetic footprint that has never been observed in a natural coronavirus. Quay is the founder of US-based biopharmaceutical company Atossa Therapeutics and Muller is a Physics professor at the University of California Berkeley.

"The most compelling reason to favour the lab leak hypothesis is firmly based in science," the experts wrote.

Both American experts explained that COVID-19 has the genome sequencing CGC-CGG or ‘ double CGG’ which is one of the 36 sequencing patterns. CGC is rarely used in the class of coronaviruses that can recombine with CoV-2 which is a “damning fact.”. Quay wrote, “The insertion sequence of choice is the double CGG.” they further said, “That’s because it is readily available and convenient, and scientists have a great deal of experience inserting it...An additional advantage of the double CGG sequence compared with the other 35 possible choices: It creates a useful beacon that permits the scientists to track the insertion in the laboratory.”

"In fact, in the entire class of coronaviruses that includes CoV-2, the CGG-CGG combination has never been found naturally. That means the common method of viruses picking up new skills, called recombination, cannot operate here. A virus simply cannot pick up a sequence from another virus if that sequence isn't present in any other virus," the experts noted.

“Why did it replicate the choice the lab's gain-of-function researchers would have made?" the experts said. "Yes, it could have happened randomly, through mutations. But do you believe that? At the minimum, this fact -- that the coronavirus, with all its random possibilities, took the rare and unnatural combination used by human researchers -- implies that the leading theory for the origin of the coronavirus must be laboratory escape.”

Wuhan Lab Evidence Would Have Been 'Destroyed' By China

The opinion piece was published after the former British intelligence service or MI6 chief said that evidence of the novel coronavirus leak from Wuhan lab that could be the origin of the COVID-19 pandemic would have been destroyed by Chinese officials. Sir Richard Dearlove, who was in charge of MI6 service between 1999 and 2004, has said that it would now be challenging to prove that the Wuhan Institute of Virology (WIV) was working on experiments to make a coronavirus that would be more deadly to humans.

Since the COVID-19 pandemic began, claims, dismissed as a conspiracy theory, have also emerged that the novel coronavirus might have accidentally leaked from the laboratory where the scientists were working on the pathogen. However, many scientists have insisted that the virus migrated naturally from animals to humans.

The conspiracy theory proponents are the fact that WIV had been studying the coronaviruses in bats for more than ten years. It is located just a few miles away from the Huanan wet market, which is also one of the earliest known clusters of COVID-19 in China. The former MI6 chief said that the West had been naive in placing trust in China which had infiltrated scientific institutions and journals in the UK along with the rest of the world. Richard told The Daily Telegraph's Planet Normal podcast that it was possible Chinese scientists in WIV who were willing to speak about any coronavirus experiments were “silenced.”