New York: One Of The Largest Known T-rex Skeleton Set To Be Auctioned Next Month

The skeleton of one of the largest known T-rex nicknamed ‘Stan’ is set to be auctioned in New York on October 6, according to auction house Christie's.

The skeleton of one of the largest known Tyrannosaurus rexes (T-rex) nicknamed ‘Stan’ is set to be auctioned in New York on October 6. According to the British auction house Christie’s, the dinosaur skeleton, which is around 40-feet, is approximately 67 million years old and it was discovered in 1987 in South Dakota by amateur palaeontologist Stan Sacrison. The skeleton is one of the most complete T-rex specimens’s ever found and it is believed that it could set a record for a sale of its kind.

The head of Christie’s Science & Natural History department, James Hyslop said, “This is one of the best specimens discovered. There simply aren’t T-rexes like this coming to market. It’s an incredibly rare event when a great one is found. It is such an iconic piece of the 20th century, and fits so well in the context we are offering it”.

Hyslop added, “It is a once-in-a-generation opportunity to acquire a T-Rex as complete as this”.

READ: Armoured Dinosaur 'Scelidosaurus' Finally Gets Recognised And A Place On 'family Tree'

Unearthed in 1987, ‘Stan’ represents one of the most complete fossil skeletons of the most famous dinosaur species ever to have lived. The 188-bone skeleton took over three years to excavate and reconstruct by palaeontologists from South Dakota’s Black Hills Geological Research Institute, where it has been exhibited since. The dinosaur skeleton has been used to make replicas for dozens of museums eager to acquire their own T-rex model. READ: Evidence: Species That Roamed With Dinosaur Survived Mass Extinction Due To 'hibernation'

According to Christie’s, more than 30 years after ‘Stan’s’ discovery, the dinosaur is recognised and revered as a scientific and cultural sensation. The T-rex is believed to be the most viewed and widely exhibited dinosaur of all time. Moreover, ‘Stan’ is also notable for two fused vertebrae scientists have identified in his neck, suggesting the dinosaur broke his neck and survived during his lifetime.

The auction is set to be held at Christie’s Manhattan, New York location. The sale bids are expected from $6 million to $8million, putting it within the reach of $8.4 million paid for a T-rex named ‘Sue’ in October 1997. ‘Stan’ is set to make his auction debut alongside masterpieces of modern and contemporary art. 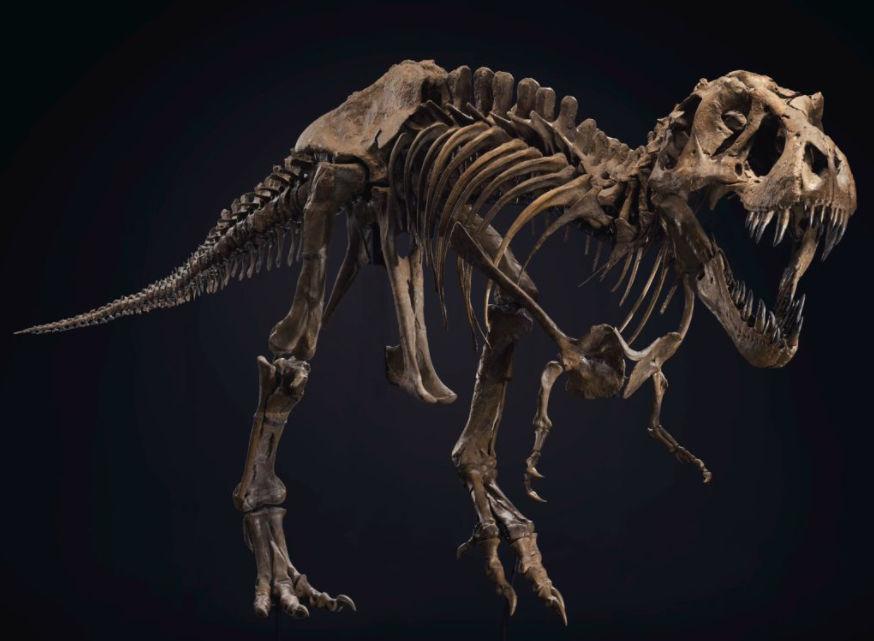