CDC rolled out a statement shortly after Pfizer's announcement saying that Americans who've been fully vaccinated “do not need a booster shot at this time." 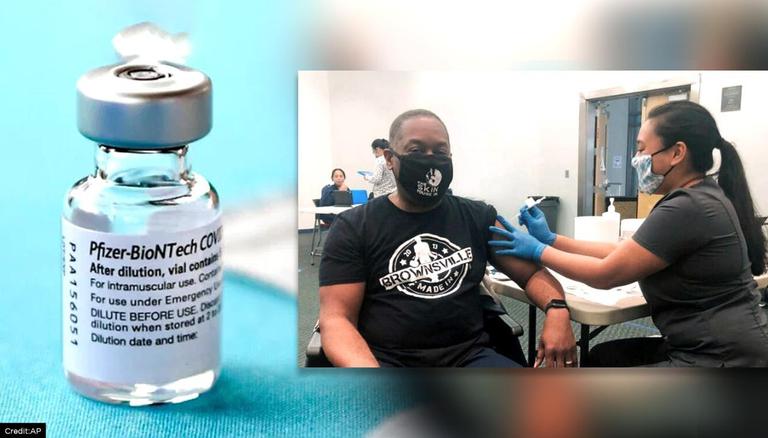 
At a meeting with US regulators in the coming weeks, Pfizer Inc. will seek clearance to start delivering an ‘updated’ third booster shot that it manufactured to neutralize the highly contagious Delta variant, first identified in India in December. The B.1.617.2, the deadliest SARS-CoV-2 mutation so far, is on the way to becoming the dominant strain worldwide.

In an attempt to make its jab work “highly effectively” against B.1.617.2 induced COVID-19 infections, Pfizer (PFE.N) and partner BioNTech (22UAy.DE) plans to ask US FDA and Europe’s EMA to authorize the booster dose, apparently the third shot of the vaccine. The news of the meeting was first reported by the US broadcaster Washington Post, who found out from the sources that talks are scheduled between US health regulators and Pfizer for the weeks ahead.

In an effort to stay ahead of the virus, we are preparing an updated version of the Pfizer-BioNTech #COVID19 vaccine based on the #DeltaVariant and may start clinical studies as early as August 2021. Learn more about our efforts: https://t.co/P0XmAGrxlt pic.twitter.com/5WscyTJ0Vc

The pharmaceutical company plans to start clinical trials in August of the updated version of its vaccine that works against the emerging variants with greater efficacy and would better protect against the Delta variant. The US CDC, FDA, and National Institutes of Health, however, have been at odds with Pfizer saying that it is essentially, “still too soon.” Based on the evidence to date, both Pharma company BioNTech and Pfizer as well the health regulatory bodies have been drawing their own conclusions about the urgent need for approval for a third booster vaccine.

A likely scenario is that there will be likely a need for a third dose, somewhere between six and 12 months and then from there, there will be annual revaccination, but all of that needs to be confirmed. And again, the variants will play a key role, CEO Albert Bourla told CNBC in televised remarks during an event with CVS Health.

CDC at odds with Pfizer

CDC in fact rolled out a joint statement on behalf of health regulators saying that the Americans who have been fully vaccinated against COVID19 “do not need a third booster shot at this time.”

Americans who have been fully vaccinated against #COVID19 do not need a booster shot at this time. FDA, CDC, and NIH are engaged in a science-based, rigorous process to consider whether or when a booster might be necessary. Read full CDC/FDA statement. https://t.co/njQ4dLv8dW

Pfizer, however, has been pushing the "encouraging data" for emergency approval, stating that a third booster shot would be necessary at least 6 months after the initial vaccination. Earlier studies have pointed that the two doses regime of the vaccine produced antibodies that effectively neutralized the variant or made the otherwise severe symptomatic infection “asymptomatic” in case of breakthrough infections. Although, Pfizer argued the previous research in an official statement, saying, ”The companies anticipate that a third dose will boost those antibody titers even higher,” as it pointed to evidence from Israel. Pfizer also stated that it will publish "more definitive data soon”.

WE RECOMMEND
COVID-19: India sees 41,506 new infections & 895 deaths; recovery rate improves to 97.20%
Kasauli overcrowded with tourists, penalty for those non-complying with COVID-19 protocols
'Pets are at risk of COVID-19 infection from their owners, not the other way round': Study
COVID-19: 90-year-old Belgian woman dies after contracting both Alpha & Beta variants
Delhi Police personnel and families almost 100% vaccinated against COVID-19 first dose