A zoologist whose non-profit was responsible for steering US funding to the Wuhan Insitute of Virology thanks Dr. Anthony Fauci for rejecting lab leak theory. 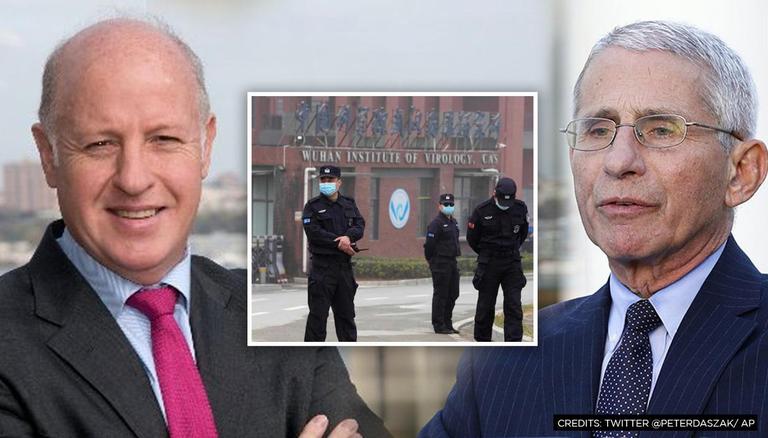 
Peter Daszak, a zoologist whose non-profit was responsible for steering the US funding to the Wuhan Insitute of Virology which is also the centre of COVID-19 origin conspiracy theory, thanked Dr. Anthony Fauci for rejecting the baseless claims regarding coronavirus lab leak. In an April 2020 email published as a part of the FOIA request by Buzzfeed, Daszak conveyed “personal thank you” on behalf of his staff at his organisation, EcoHealth Alliance that funded at least $3.4 million in grants from the National Institutes of Health to the WIV to study bat coronaviruses between 2014 and 2019. While the zoologist has repeatedly denied the allegations of coronavirus lab leak, he also thanked Fauci for pushing back on such claims.

“I just wanted to say a personal thank you on behalf of our staff and collaborators, for publicly standing up and stating that the scientific evidence supports a natural origin for COVID-19 from a bat-to-human spillover, not a lab release from the Wuhan Institute of Virology,” Daszak wrote to Fauci on April 18, 2020.

“From my perspective, your comments are brave, and coming from your trusted voice, will help dispel the myths being spun around the virus’s origins,” Daszak added. Fauci responded to the email on April 19, writing “Many thanks for your kind note.”

Daszak’s email appeared to be referring to Fauci’s remarks on April 17, 2020, when he replied to a question from a reporter who wanted US top infectious disease expert to address the concerns regarding the Wuhan lab leak theory. At the time, Fauci said, “There was a study recently…where a group of highly qualified evolutionary virologists looked at the sequences there and the sequences in bats as they evolve...The mutations that it took to get to the point where it is now is totally consistent with a jump of a species from an animal to a human.”

Meanwhile, Fauci faced calls of resignation last week from Republican lawmakers over what they have termed as his ‘shift’ of remarks if the American government funded the research at Wuhan Insitute of Virology, which is also the centre of the lab leak conspiracy theory. The chief medical advisor to the White House told the lawmakers that the National Institutes of Health (NIH) funded the Wuhan Institute of Virology through the nonprofit EcoHealth Alliance with $600,000 over a period of five years. This funding was eventually halted by the NIH. Even though he denied if the funding was utilised by the scientists for the so-called ‘gain of function research,’ Republican lawmakers find it hard to trust it.

Despite the doubts cast by the Republicans, Fauci reportedly said that the scientists at the Wuhan lab are “trustworthy” and expressed that he would expect them to comply with the conditions of the grant. The $600,000 fund by the NIH was to elevate the understanding of the transmission of the coronaviruses from bats to humans and to have more information regarding the SARS-CoV-1 epidemic in the 2000s.

Reportedly, when Fauci was asked if China’s ruling Communist Party influences the scientists at Wuhan lab, Fauci replied, “I don’t have enough insight into the Communist Party in China to know the interactions between them and the scientists,” before adding that there is no way of determining the influence of Chinese government on the World Health Organization (WHO) either. US top infectious disease expert mentioned the UN health agency after Kennedy implied that WHO is in the ‘pocket’ of China’s CCP.