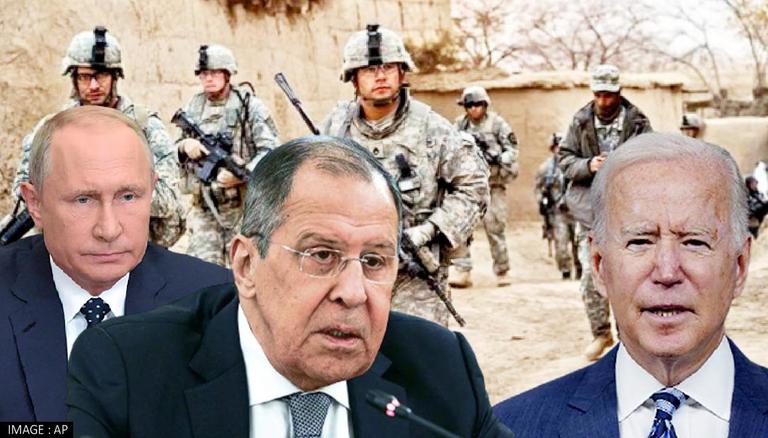 
Russia has once again alleged that the United States is trying to establish military bases in a Central Asian country neighbouring Afghanistan. According to TOLO news, Russia's foreign minister Sergey Lavrov has revealed that President Vladimir Putin has opposed this and told US President Joe Biden at the Geneva Summit that his country is against the US attempts to form agreements with Central Asian countries to deploy the US military on their territory.

"Well aware of the Americans' intrusiveness, I do not rule out that they will be pressing for the same aim from different sides. I've heard that they have been trying to persuade India to grant the Pentagon some opportunities on the Indian territory," the news channel quoted Lavrov as saying.

However, this is not the first time when Russia has accused the United States of attempting to maintain a military presence. Earlier in October, Moscow had said that the US is picking up the momentum against Taliban-led Afghanistan by reaching out to its neighbouring countries such as Uzbekistan and Tajikistan. The claims were made by Yuri Kokov, deputy chief of the Russian Security Council, during an interview with Rossiyskaya Gazeta newspaper. Kokov added that Washington had not given up on its geopolitical ambitions in West Asia.

"Indeed, there are warnings of a geopolitical nature [to Russia], arising from the fact that the Americans have not actually dropped their dreams in this area," news agency Sputnik quoted Kokov as saying.

"On the opposite, beneath the pretence of countering terrorist organisations, they are attempting to gain a space in nations neighbouring Afghanistan and to build bases there for their unmanned flying carriers and coaching stations for the training of local army personnel, law execution and special assistance. In essence, this means bringing NATO infrastructure even closer to Russia's borders," Sputnik quoted Kokov

'We are repositioning our resources to meet terror threats': US President Joe Biden

In July, United States President Joe Biden had said that the US is focusing on terror threats emerging out of other regions apart from Afghanistan. Taking to Twitter, Biden had revealed that the US had begun to reposition its resources to counter-terrorism in South Asia, the Middle East, and Africa. However, he categorically stated that the US has the capabilities to protect the country from any terrorist challenges stemming from Afghanistan. Biden's statement had come ahead of the withdrawal of US troops from Afghanistan earlier in August.

"We need to meet the terror threats where they are today. Today the terror threat had metastasized beyond Afghanistan. So, we are repositioning our resources and adapting our counter-terrorism posture to meet the threats, significantly in outh Asia, the Middle East, and Africa," said Biden