Marking the latest development in the San Jose shooting incident, authorities have revealed that the now-dead gunman had stockpiled weapons. 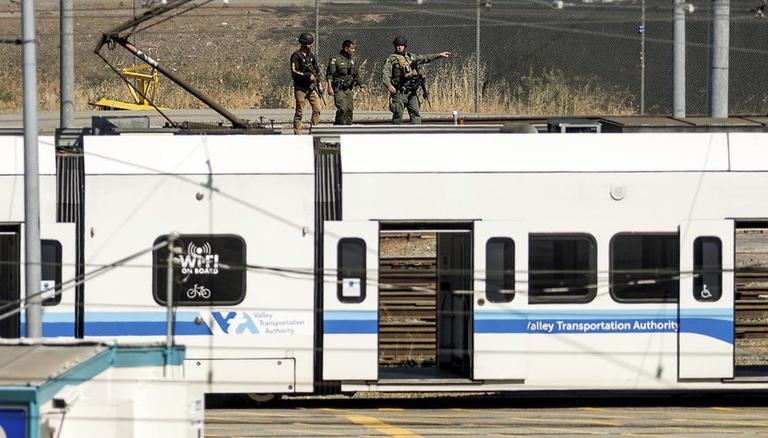 
Marking the latest development in the San Jose shooting incident, authorities have revealed that the now-dead gunman had stockpiled weapons and had roughly 25,000 rounds of ammunition at his home. On May 27, Samuel James Cassidy went out on a shooting spree at Santa Clara Valley Transportation Authority (VTA) facility, killing eight of his colleagues before shooting himself. Now, in a press release, the police said that he had gathered all the arms and set them ablaze to coincide with the bloodshed at his workplace.

As per the Santa Clara County Sherriff’s Office, the investigators discovered 12 guns, several cans of gasoline and also suspected multiple Molotov cocktails at his house in San Jose. Speaking to Associated Press later, Deputy Russell Davis confirmed all the handguns found at the shooting site were registered in the name of Cassidy. However, little is yet known about how the late shooter managed to obtain them or whether or not the ammunition found at his home were legal.

Davis also revealed that the 57-year-old shooter had also rigged an unusual time-delay method to ensure the house caught fire while he was out, putting "ammunition in a cooking pot on a stove" in his home. The liquid in the pot — investigators don't yet know what was inside — reached a boiling point, igniting an accelerant and potentially the gunpowder in the bullets nearby, reported the Associated Press.

On Wednesday, an employee opened fire at a California rail yard killing eight people before taking his own life. The shooting took place around 6:30 a.m. in two buildings at a light rail facility for the Valley Transportation Authority. California Governor Gavin Newsom visited San Jose and met Labour and law enforcement leaders in San Jose. While addressing media, Governor Gavin Newsom raised concern at the frequency and regularity of gun violence in America.

Newsom condemned the “rinse and repeat” cycle of mass shootings in America about the killing of eight people at a rail yard in San Jose. He said, "What the hell's going on in the United States of America? What the hell's wrong with us? And when are we going to come to grips with this? When are going to put down our arms, literally and figuratively?".

READ | Google gets the nod to build one of its biggest campuses in San Jose, here are the details

WE RECOMMEND
Google gets the nod to build one of its biggest campuses in San Jose, here are the details
Sheriff: Rail yard shooter had gun, ammo stockpile at house
California Governor condemns shooting incident, says "What is wrong with us?"
Killer of 8 in California had talked of workplace attacks
American Airlines jet returns to San Jose after engine issue