Members of the United States Congress, on Wednesday, pushed for a harder line on Pakistan given its “duplicitous” role in war-ravaged Afghanistan 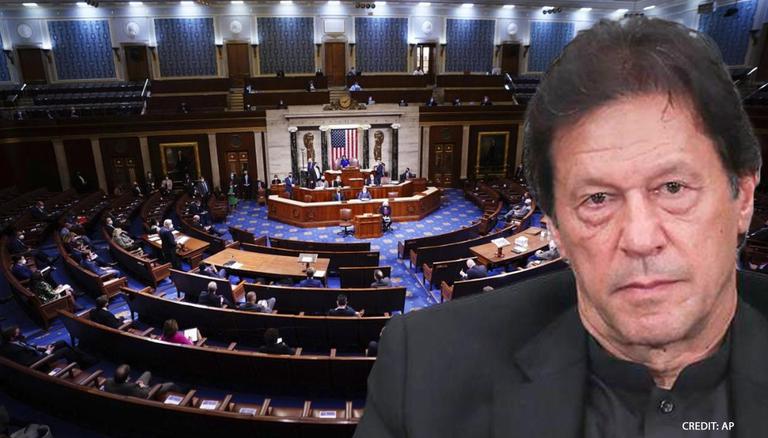 
Members of the US Congress, on Wednesday, pushed for a hardline approach on Pakistan given its “duplicitous” role in war-ravaged Afghanistan. Earlier this week, US Secretary of State Antony Blinken said that the White House would “reassess” its relationship with Pakistan in the coming weeks to formulate what role it would play in the future of the Taliban controlled country. But two Democrats-Bill Keating and Joaquin Castro-called for immediate actions against Pakistan.

"How do we reassess that relationship, how we learn from their actions? And when we go forward. What do we do, what are some of the big issues that we should have stakes in the ground that we should have in dealing with Pakistan and the way they've acted over these decades?" Congressman Bill Keating asked US President Joe Biden.

I will question @SecBlinken today as Congress conducts its constitutional oversight responsibilities.@HouseForeign is holding the first hearing evaluating the U.S. withdrawal from Afghanistan and our policies over the past twenty years of war.https://t.co/JBYF30lszh

US to reassess relationship with Pakistan

The Biden administration will “reassess” its relationship with Pakistan in the coming weeks to formulate what role it would play in the future of Afghanistan, US State Secretary Antony Blinken said on Monday. Testifying before the House’s Foreign Affairs Committee, the American lawmaker said that Islamabad always had “multiple interests” in American conflicts and that it has an active role in “counter-terrorism negotiations”. As the Taliban administration nears its one month anniversary, Blinken said that his country will continue to monitor Pakistan's role in "coming years."

“(Pakistan has) multiplicity of interests some that are in conflict with ours...It is one that is involved hedging its bets constantly about the future of Afghanistan, it's one that's involved harbouring members of the Taliban ... It is one that's also involved in different points cooperation with us on counterterrorism," Blinken said.

"This is one of the things we're going to be looking at in the days, and weeks ahead - the role that Pakistan has played over the last 20 years but also the role we would want to see it play in the coming years and what it will take for it to do that," he added.

After the Taliban stormed into Kabul on 15 August, Afghanistan president Ashraf Ghani resigned and fled the country with his associates. Since then, several people have lost their lives in the chaos at the Hamid Karzai International Airport with thousands of people desperately trying to flee the country. While Washinton has been slammed for its "hasty" and "messy" withdrawal, Blinken has said that it was the right thing to do.