The United States has backed Lithuania amid its row with China over Vilnius’ decision to establish the Taiwan representative office. Sherman calls Lithuania FM. 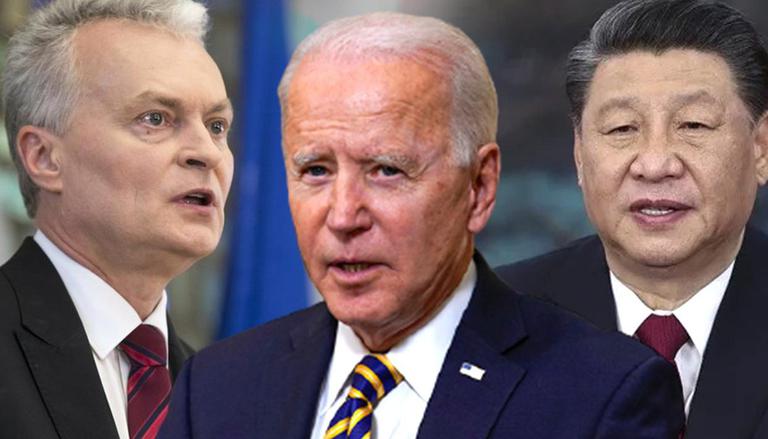 
The United States has backed Lithuania amid its row with China over Vilnius’ decision to establish the Taiwan representative office. While China recalled its ambassador to Lithuania and expelled the Baltic nation’s top representative to Beijing as the Baltic nation allowed self-governing Taiwan to open an office under its own name, US Deputy Secretary of State Wendy R Sherman spoke with Lithuanian Foreign Minister Gabrielius Landsbergis on August 13. As per the official statement by US Department of State, Sherman and Landsbergis discussed China and elevating US-Lithuania relations.

The statement read, “Deputy Secretary Sherman and Foreign Minister Landsbergis emphasized the strength and breadth of the U.S.-Lithuanian bilateral relationship, which is grounded in our NATO Alliance; strengthening U.S.-EU cooperation, including on China; and our common commitment to advance peace, prosperity, security, democracy, and human rights in the Transatlantic region and across the globe.

“Deputy Secretary Sherman reiterated the United States is resolute in our solidarity with our NATO Ally and EU partner Lithuania, including standing with them in the face of the People’s Republic of China’s recent coercive behaviour in response to Lithuania’s decision to develop mutually beneficial ties with Taiwan,” it added. Earlier, while speaking with reporters, US State Department spokesperson Ned Price had said, “We firmly stand in solidarity with our NATO ally Lithuania and also condemn China's recent retaliatory actions, including the recall of Beijing's ambassador to Vilnius and demanding Lithuania recall its ambassador to Beijing.”

Chinese Foreign Ministry had said in a statement, “Despite numerous notes and warnings from the Chinese side, the Lithuanian government recently announced that it would allow the Taiwanese administration to open a ‘representative office’ on behalf of ‘Taiwan’, which became a gross violation of the communique on the establishment of diplomatic relations between our two countries.”

Even though Lithuania expressed its regret over China’s decision to recall its diplomats, the Baltic nation said that it is determined to have mutually beneficial ties with Taiwan. Taiwan’s representative office in Vilnius was announced by the self-ruled democratic island in July. However, Lithuania and Taiwan do not have any diplomatic ties as of now. The relations between both nations, however, are extremely friendly.

WE RECOMMEND
US Senator wants airstrikes against Taliban to stop 'overrunning' of Afghanistan's Kabul
US man booked for hacking his 2 children to death over 'serpent DNA' conspiracy theories
Lithuania faces new challenges on migration front
US: Oregon governor deploys National Guard Troops to support hospitals amid Delta surge
US issues fresh terrorism warning over 'heightened threat environment' ahead of 9/11