US: CDC Links Onions Imported From Mexico With The Salmonella Outbreak In 37 States

Nearly 652 individuals across the nation have reported this disease and 129 have been hospitalised as a result of onions imported from Chihuahua, Mexico 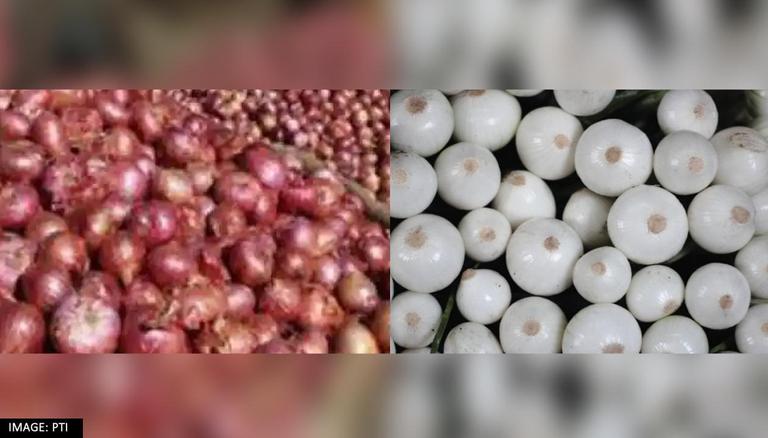 
The Centers for Disease Control and Prevention (CDC) has recently revealed that fresh whole onions have been connected to a growing salmonella outbreak around the United States. Fresh whole red, white, as well as yellow onions which are supplied from restaurants to grocery shops, are now linked with salmonella infection in 37 US states. As per the CDC, nearly 652 individuals across the nation have reported this disease and 129 have been hospitalised as a result of onions imported from Chihuahua, Mexico, which is supplied by a company named ProSource Inc.

The company stated that these onions were imported between the time frame July 1 to August 27 and there is a possibility that these onions might still be found in homes, restaurants and marketplace as they were exported with the sense that this will last for three months in the storage, the ABC News reported. The company, ProSource Inc., and the country name from where these onions were cultivated may be indicated on labels or packaging. Right now, they were available in 37 different states in which they are sold.

Furthermore, investigators are trying to figure out if the incident is related to any other onions or suppliers. Citing the company’s statement which was released on Wednesday, ABC News reported, “While investigations into various potential sources of salmonella remain ongoing, to date no onions marketed through ProSource have tested positive for Salmonella."

The statement went on to read that a voluntary recall is being performed out of an extra precaution in collaboration with the United States Food and Drug Administration (FDA), based on reports of sickness linked to the probable ingestion of fresh onions from Chihuahua, Mexico.

Recommendations of CDC for preventing the Salmonella outbreak

Following the outbreak, CDC has issued certain recommendations to curb the transmission of the disease. CDC states that the storage where the onions are stacked should be checked primarily. If one cannot identify where these onions have come from, then CDC has advised not to buy or consume them. Instead, these should be thrown away.

Further, CDC instructed that with warm soapy water, clean and disinfect the surfaces or containers that may have come into contact with these onions. If any red, white, or yellow onions were imported and supplied from the aforementioned locations, then CDC has strictly advised not to buy or consume them. Any onions that do not contain any company's label or packaging should be thrown away.

CDC has also informed about the symptoms which a person might experience while suffering from salmonella and urged to call doctors immediately. Bloody diarrhea, vomiting, signs of dehydration, not urinating much, dry mouth and throat, dizziness when standing up, diarrhea with fever are the most prominent symptoms of this disease. Symptoms usually appear six hours to six days after the bacterium is ingested. Most individuals recover in four to seven days without medication, but those with weaker immune systems, such as children under the age of five and older of 65, may have more serious diseases that need medical care or hospitalisation.