US Congresswoman Mary Gay Scanlon Carjacked At Gunpoint In Philadelphia

The spokesperson of Congresswoman Mary Gay Scanlon announced that she was carjacked at gunpoint in Philadelphia on Wednesday afternoon. 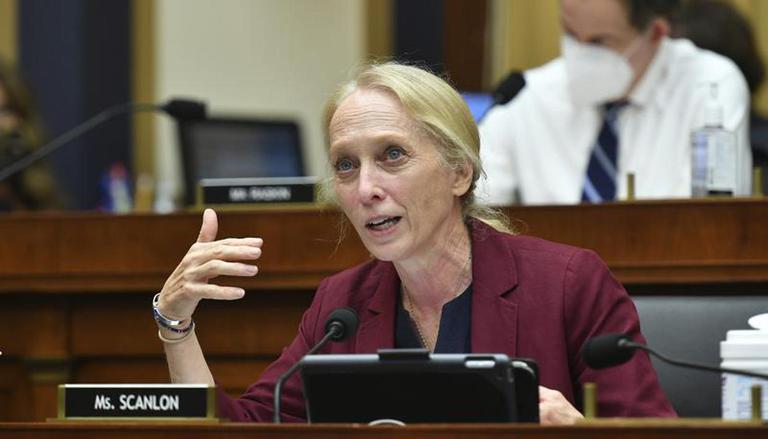 
The spokesperson of US Congresswoman Mary Gay Scanlon announced that she was carjacked at gunpoint in Philadelphia on Wednesday afternoon, which happened around 2:45 pm in Philadelphia's FDR Park, following a meeting. Scanlon's communications director, Lauren Cox, in a statement, said that she thanks the Philadelphia Police Department for their quick response and the local police department for coordinating with Philly PD to ensure her safety.

As per the reports of CBS News, state police stated that on Wednesday night Scanlon's car was recovered in Newark, Delaware and there were five people in the car at the time, and they were all apprehended. Jim Kenney, who is the mayor of Philadelphia expressed his displeasure by stating that he was shocked to know of this heinous assault against his friend and Congresswoman Mary Gay Scanlon.

Statement from the Office of Congresswoman Mary Gay Scanlon on today's incident: pic.twitter.com/fomScnWUXo

Scanlon was not physically wounded

Philadelphia Police Commissioner Danielle Outlaw stated that she is relieved that Congresswoman Scanlon was not physically wounded, and her sympathies are with her during this difficult moment, according to CBS Philly. She also stated that the Philadelphia Police Department (PPD) will continue to give whatever assistance is required in this case and will work hard alongside their federal counterparts to aid in bringing those responsible to justice.

Philadelphia District Attorney Larry Krasner has promised to vigorously seek culpability when these individuals are apprehended by police. He stated that he is grateful that Congresswoman Scanlan is safe and was not physically assaulted. According to CBS Philly, he claims that he is in communication with law enforcement, which is working diligently to find the people responsible for this crime and get them off the streets. He said that based on the evidence they have at this time, it appears that two individuals were engaged in this carjack. He also stated that armed robberies are among the most serious crimes because of the danger they represent to victims and the dread they instil in communities.

62-year-old Scanlon is the representative for Pennsylvania's 5th congressional district, which includes Delaware County, parts of South and Southwest Philadelphia, and tiny portions of Chester and Montgomery Counties. Scanlon is a Democrat and is also a vice-chair of the House Administration Committee, as well as a member of the House Judiciary Committee.

WE RECOMMEND
US: Donald Trump to hold presser on Capitol riot anniversary; election fraud on top agenda
US says Washington 'looking intensely' at ways to put more liquidity into Afghan economy
Rupee gains 5 paise to end at 75.54 against US dollar
US 'more aligned’ with allies on China and Russia's aggression towards Ukraine: Blinken
Biden says ‘nothing’s been good enough' as US COVID-19 hotspots see testing shortages