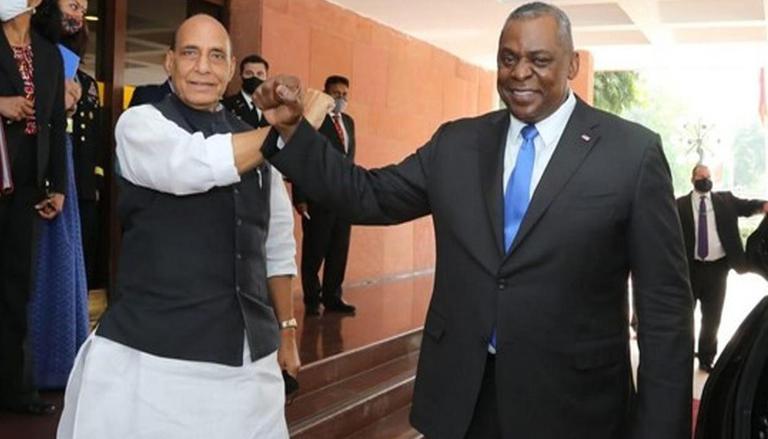 
US Defence Secretary Lloyd Austin dialled Defense Minister Rajnath Singh and expressed his gratitude for 'India’s vital cooperation in the Afghanistan evacuation and retrograde mission'. The conversation between Lloyd Austin and Rajnath Singh came ahead of Prime Minister Narendra Modi's visit to the US this week to attend an in-person summit of Quad leaders in Washington and address the United Nations General Assembly (UNGA) in New York.

Lloyd Austin took to his Twitter handle and termed India as the USA's 'critical partner' in 'assisting at-risk groups in Afghanistan' and ensuring a free and open Indo-Pacific. The official release shared by Austin also stated that 'he looks forward to hosting Minister (Rajnath) Singh in Washington for the 2+2 Ministerial dialogue meeting.

Yesterday I spoke with Defence Minister @RajnathSingh to thank him for India’s vital cooperation in the Afghanistan evacuation and retrograde mission. India is a critical partner in assisting at-risk groups in Afghanistan, and ensuring a free and open Indo-Pacific. pic.twitter.com/nOwfrOui4r

Joe Biden on Tuesday addressed the 76th United Nations General Assembly (UNGA) for the first time after taking charge as President of the United States of America. US Defence Secretary Lloyd Austin took to his Twitter handle and outlined that Joe Biden mentioned in his maiden speech at the UNGA that he is the first US President in 20 years who is not on any war around the world.

The USA on August 30 completed the withdrawal of its troops from Afghanistan, ending America’s longest war and closing a chapter in military history that began after the Al Qaeda attack on the United States on September 9, 2001. After the withdrawal, the US Department of Defense had shared a picture of the last American soldier to leave Afghanistan. The image shows Maj. Gen. Chris Donahue boarding the C-17 on August 30th, ending the US mission in Kabul where its evacuation efforts have been going on.

US 'elevated' Quad partnership to take on challenges from health security to climate: Biden

Biden in his address to the UNGA said that over the last eight months of his presidency, he has prioritised rebuilding America's alliances, revitalising its partnerships and recognising they are essential and central to America's enduring security and prosperity.

"As the United States turns our focus to the priorities and the regions of the world, like the Indo-Pacific that are most consequential today and tomorrow, we'll do so with our allies and partners through the cooperation of multilateral institutions like the United Nations to amplify our collective strength and speed our progress towards dealing with these global challenges," Biden said.

"We elevated the Quad partnership among Australia, India, Japan and the United States to take on challenges ranging from health security to climate to emerging technologies," Biden added.