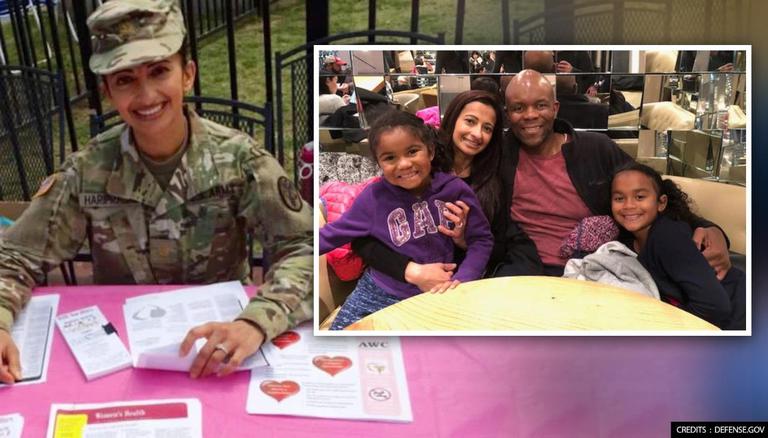 
The United States Department of Defense which is witnessing the ‘Asian American Pacific Islander Heritage Month’ in May, on Thursday celebrated the inspiring life of Indian-born Audiologist Army Lt Col Deepa Hariprasad. After being born in Mysore, India in 1977, both her parents of Indian descent migrated to the United States when she was only three years old. Eventually, in 2003, Hariprasad received a direct commission into the Army, serving as an audiologist in the medical branch. The Pentagon not only detailed her interests and how she led a life to “serve” her country.

She also believes that she is making a difference and helping others to improve the quality of life. An audiologist diagnoses and treats hearing loss and also focuses on the prevention of hearing loss in the army. Apart from working in the Pentagon, Us Defense Department said in its May 20 feature article that Hariprasad “loves to cook Indian food, and with such a variety, it's easy to be a vegetarian, she said. She also enjoys wearing Indian clothing and watching Indian movies — with English subtitles.”

On being part of the army, Hariprasad said, “The initial appeal was to try something new, serve my country, and have the opportunity to live in different places."

"Providing health education to our patients and teaching service members and noise-exposed civilians about hearing loss prevention is the favourite part of my job because I feel I am making a difference and helping others improve their quality of life. I also enjoy learning about people's experiences and hearing their perspectives," she added.

Hariprasad credits her confidence to service

Noting the kind of upbringing that Hariprasad was subjected to, she said that “while serving in leadership positions in the military, I had to overcome my shyness, become comfortable with public speaking, learn to speak up, and develop the personal courage to have difficult conversations. These were not skills I was equipped with while growing up.”

"I grew up with a very different belief system, always worried about what other people would think and I did not have the confidence to try new things or stand up for myself or others. I believe that my positions in the Army and Air Force have helped shape my character and personality for the better," she said.

Out of 16 years of Hariprasad’s active service duty, the five years as a year as an audiologist in the Air Force was sandwiched in the middle of her Army service. Adding that she is still shy, the Indian-born Audiologist said that she has learned to communicate better and hold others accountable for their decisions. She credited the new qualities in her personality to join the service which according to her is an “honour and privilege.”

"It is an honour and privilege for me to serve and provide healthcare for our veterans and their family members who sacrifice so much to serve our country. Being an officer in the military has helped me develop discipline and improve my physical fitness," she said.

WE RECOMMEND
US will replenish Israel's Iron Dome Air Defense System, says Biden after ceasefire
US House of Representatives backs 9/11 style commission to probe Capitol riot
US, Russia at odds over military activity in the Arctic
Jaishankar to visit US next week; vaccine procurement on top of the agenda: Sources
'Israel has not asked for US military support in Gaza Operation': Defense Department