US Evacuates 7,000 People From Afghanistan, Thousands More Ready To Board Planes: Pentagon 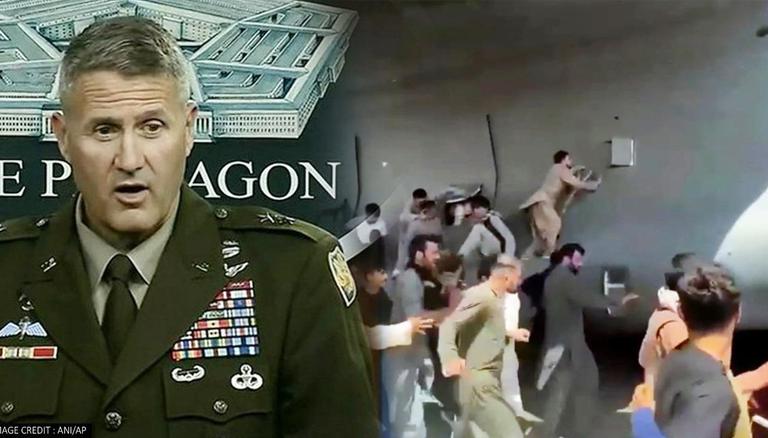 
The United States has airlifted approximately 7,000 people from Afghanistan since last Saturday, informed Army Major General Hank Taylor on Thursday. On 15th August, the Taliban take over in Kabul ended the rule of President Ashraf Ghani in the war-torn country and declared re-establishement of Islamic Emirate of Afghanistan. Ever since chaos and panic have broken with hundreds of thousands of people flocking to Kabul Airport in an attempt to flee the country.

On Thursday, Pentagon announced that that they have airlifted 2,000 civilians over the past 24 hours. Meanwhile, Taylor continued that the US Defence Department was working to ramp up airlifting capacity to ferry between 5,000 to 9,000 people in a day. “We are ready to increase throughout,” Taylor said.

MG Taylor: Since the start of evacuation operations on August
14th, we have lifted approximately 7,000 total evacuees. pic.twitter.com/BgdQCEPHmH

6,000 people will soon board planes from Kabul to the US

Meanwhile, the US State Department has said that at least 6,000 people at Kabul airport have been “fully processed by the US consular team and will soon board planes.” Speaking at a briefing, Department spokesperson Ned Price said that the administration was aware of the “congestion around the airport” and was working to fasten the process of repatriation. He also said that flights continued throughout the airport, noting that US citizens and legal permanent residents “will be given the first opportunity to board, with other priority groups filling in seats from there.”

US suspends arms trade with Afghanistan

Meanwhile, in the latest development, US President Joe Biden-led administration has banned all arms sales to Afghanistan. A decision was reached in this regard three days after the Taliban gained control of the country. In a note to defence contractors, the US State Department's Political/Military Affairs Bureau stated that pending or undelivered weaponry exports to Afghanistan have been put on hold for the time being.

The notice stated, "In light of rapidly evolving circumstances in Afghanistan, the Directorate of Defense Sales Controls is reviewing all pending and issued export licenses and other approvals to determine their suitability in furthering world peace, national security, and the foreign policy of the United States." The US State Department will release updates for defence equipment exporters in the coming days, according to the notice.

WE RECOMMEND
US urges over 150 world leaders to virtually attend UNGA amid rise in COVID cases globally
Biden administration plans to offer COVID booster shots in US from September
US: Biden says troops will stay in Afghanistan till all Americans are evacuated
US unemployment claims strikes a pandemic low as job hiring builds up
US sees 'strong unanimity' with Russia, China on Afghanistan: Dy State Secy Wendy Sherman