Pentagon and other federal agencies have reported these mysterious attacks to be similar to invisible energy attacks carried out in 2016 on US spies.


US officials are investigating at least two suspected incidences of “energy attack” on federal government personnel near the White House and in Miami separately in November last year. Pentagon and other federal agencies have reported these mysterious attacks to be similar to the invisible energy attacks abroad carried out in 2016 on the American spies and diplomats in Cuba, which came to be known as the “Havana syndrome,” sources familiar to the development told Politico. Although, it still remains to be identified which agency the US personnel, who fell victim to these mastermind attacks, belong.

Sources revealed that at least one incident involved a senior National Security Council official who was attacked while walking out from his car to the South Lawn of the White House, known as the Ellipse. One other personnel was identified as the NSC official walking a dog in Alexandria, Va. Both victims were targeted in the year 2019. As the report created a stir, the Representatives for the NSC, FBI, and Office of the Director of National Intelligence declined to comment on the ongoing probe.

It is, however, understood that members of the House Armed Services Committee were briefed by at least two pentagon officials, Jennifer Walsh, the then-acting Pentagon policy chief; and Griffin Decker, about these suspected attacks. They also expressed alarm over the rise in the directed-energy attacks on the US diplomats and other officials, without identifying the perpetrators. Conclusively, the Pentagon suspects both Russia and China behind the energy attacks.

At a separate classified meeting in Europe, that included the State and Pentagon officials, US defense officials said that there has been a drastic surge in the number of directed-energy attacks on US troops stationed abroad. The personnel also stated that the lawmakers must pressurize the Biden administration officials to reveal more information about energy attacks to the public. Meanwhile, sources told Politico that at a Senate Armed Services Committee hearing Thursday morning, Sen. Jeanne Shaheen pressurized the Director of National Intelligence Avril Haines to be more transparent about such covert attacks,  opposing what she said was the “clamp-down” on the information.

READ | Trump's 'recklessness' or Biden's 'boldness'?:Narrative on US troop withdrawal from Afghan 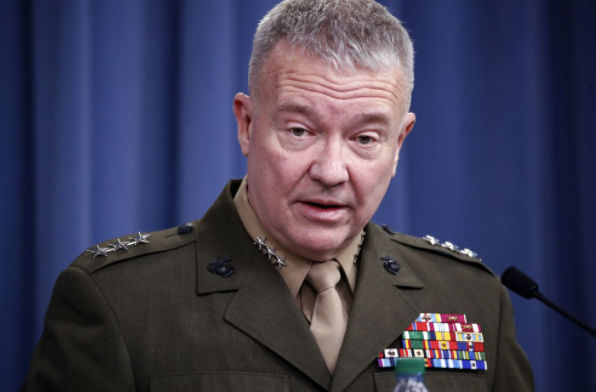 At a Senate intelligence committee, Haines said in a testimony that there have been anomalous energy incidents that have affected the health of a number of US personnel, adding that the Intelligence Community was taking these incidents very seriously, and the US Defense Department was leading an investigation. At least one of the energy attacks was carried out on the US troops stationed in Syria, who reportedly sustained injuries in 2020, and developed “flu-like” symptoms.

Gen. Frank McKenzie, head of US Central Command, told lawmakers during a Senate Armed Services Committee meeting that the defense hadn’t reported energy attacks against US troops in the Middle East. In an investigation that was commenced last year, the Pentagon’s office of special operations and low-intensity conflict said in a report accessed by Politico that the suspected energy attacks that injured US Army were directed by  Russia.

Havana Syndrome resulted in mysterious brain injuries in diplomats at the US embassy in Cuba and China in 2016, and the envoys of the American Embassy in Havana in 2017 which was later found likely caused by microwave radiations by the National Academies of Sciences Engineering Medicine confirmed. The unusual set of neurological symptoms was caused by the "effects of directed, pulsed radiofrequency energy" said the report. Although, it wasn’t immediately made clear whether the radiations were directed using weaponry.

The American Intelligence officers, back then, had suspected Russia's involvement. The report, which lacks conclusive intelligence about whether the attack was deliberate on US diplomats and CIA officers abroad, was dispatched to the US Congress. The report asserts that the finding "raises grave concerns about a world with disinhibited malevolent actors and new tools for causing harm to others.”