US, Japan To Develop Counter-hypersonic Capabilities Amid China's Increasing Assertiveness

US, Japan expressed concerns about China’s “ongoing efforts to undermine” rules-based international order as they vowed to step up the bilateral cooperation 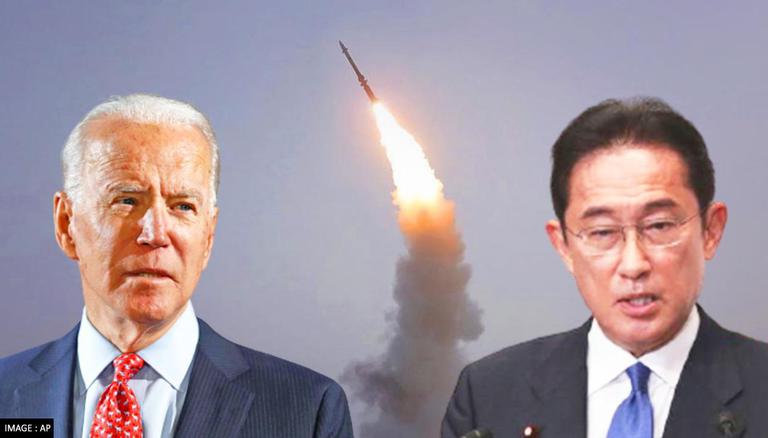 
The United States and Japan will collaborate on the emerging defence technologies and invent ways to counter hypersonic missiles, and will ensure that scientists and engineers in both nations work cooperatively to achieve those goals, US Secretary of State Antony Blinken said Thursday in a statement. The US and Japan are slated to sign a contract that will bolster the two nations’ defence capabilities against the hypersonic missiles and space-based technology, the US Secretary of State asserted.

Both the countries expressed concerns about China’s “ongoing efforts to undermine” the rules-based international order,as they vowed to ramp up the efforts and bilateral cooperation for developing defence technology to counter respond to the new and emerging regional threats. After the key “2+2” meeting, a joint statement mentioned that the US and Japan ministers “expressed their concerns that ongoing efforts by China to undermine the rules-based order present political, economic, military, and technological challenges to the region and the world.” “They resolved to work together to deter and, if necessary, respond to destabilising activities in the region,” it continued.

Meanwhile, US and Japan expressed concerns about China’s growing belligerence in the East China Sea, and its recent military assertiveness involving the disputed Senkaku Islands. Both the nations lodged “strong objections to China’s unlawful maritime claims, militarisation, and coercive activities in the South China Sea,” as per the statement. Despite that China’s nine-dash line sovereignty claims in the international waters were rejected by an international court, the PRC has asserted unlawful territorial claims building artificial islands and military outposts in the region and deploying Chinese People’s Liberation Army troops and maritime forces in a move that angers smaller island nations.

Japan’s Ministry of Foreign Affairs said in a statement that the four ministers, including US Defence Secretary Lloyd Austin and Japanese Defence Minister Nobuo Kishi, at the key US-Japan Security Consultative Committee meeting, will be categorically focusing on security challenges facing the two countries. “The US and Japanese officials will discuss the future cooperation toward the realisation of a ‘Free and Open Indo-Pacific,’ the strengthening of the deterrence and response capabilities of the Japan-US Alliance, and the direction of their security and defense cooperation in the region,” Japan's Ministry of Foreign Affairs said.

The crucial “2+2” virtual meeting focused on Japan’s international role and regional security. The US had also earlier condemned the belligerence of North Korea as it conducted the latest ballistic missile test launch. In a  telephone conversation with his Japanese counterpart, the US echoed its support to Japan against such illegal missile tests near Japan's territory. ”Secretary Blinken condemned the DPRK's ballistic missile launch and stressed US commitment to the defence of Japan remains ironclad," Department of State spokesperson Ned Price said in a statement. Blinken and Hayashi, in their telephonic dialogue, discussed ways for complete denuclearisation of the Korean Peninsula and noted the threat posed by DPRK’s nuclear program as they pledged bilateral support.