A US judge dismissed Amazon’s legal challenge to the 2019 US Defense Department decision to award a $10bn JEDI cloud-computing project to Microsoft. 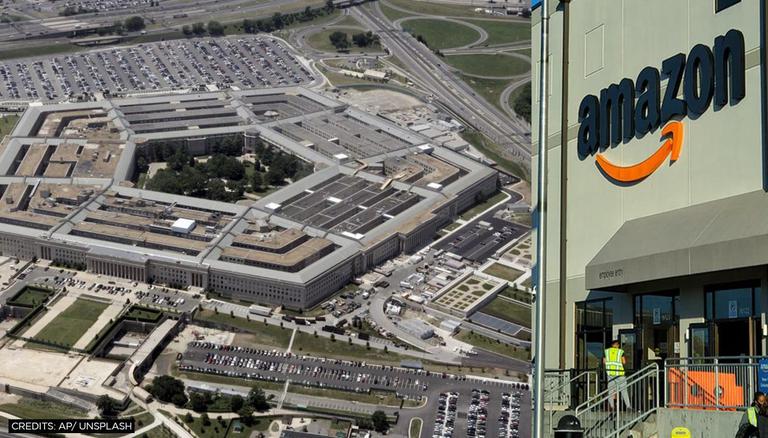 
A US judge on July 9 dismissed Amazon.com’s legal challenge to the 2019 US Defense Department decision to award a $10 billion JEDI cloud-computing project to rival Microsoft Corp after the Pentagon cancelled the contract. The e-commerce giant had accused former US President Donald Trump and alleged that he exerted improper pressure on military officials to steer the contract away from Amazon. Earlier this week, the Pentagon, however, said that it expected that the new multi-billion dollar contract would be split between Amazon and Microsoft. Amazon did not object to dismissing its 2019 lawsuit.

The contract awarded during the Trump era in late 2019 was kept on hold after Amazon challenged the decision and filed a lawsuit. At the time, expressing disagreement, Amazon had said that the Pentagon’s decision was full of “egregious errors” which the firm suggested was a result of “improper pressure from Trump”. Amazon had also cited a 2019 book that reported Trump had directed the Pentagon to “screw Amazon” out of the JEDI contract.

Pentagon then re-evaluated the contract proposals in September 2020 when it said that Microsoft’s submission was the best. However, under the US President Joe Biden administration, the US Department of Defence said on July 6 that Amazon and Microsoft are the only two firms that can match the department’s requirements but eventually noted that they are reaching out to other cloud providers in the next three months if they also met the government’s standards. Other cloud companies apart from Microsoft and Amazon include Oracle Corp, Alphabet Inc's Google and IBM Corp.

Now, Pentagon is hoping to have the first awards by April 2022 for its new Joint Warfighter Cloud Capability (JWCC). Noting the urgent need, reportedly, John Sherman, acting chief information officer for the Defense Department said that he expects both Microsoft and Amazon to get the cloud contracts. Sherman said, "I've got to get this now -- as soon as possible -- starting hopefully as soon as April”. It is worth mentioning that as the Pentagon reversed the decision after a year, shares of both Microsoft and Amazon closed at a record high with the online retailer up 4.7% and shares of the software company a penny higher.