In an act that has triggered massive outrage, a librarian at a Washington DC school made third-graders reenact scenes from the Holocaust. 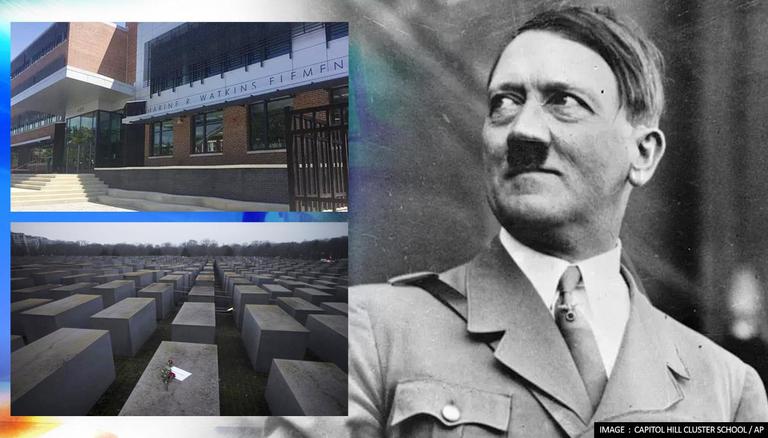 
In an act that has now triggered massive outrage, a librarian at a Washington DC school made third-graders reenact scenes from the Holocaust, including getting them to dig graves and shoot the jews. The gruesome incident took place on Friday at Watkins Elementary School, following which the staffer was suspended. It wasn’t clear what prompted the behaviour, but parents reported ‘distress' amongst their kids.

According to the Washington Post, which cited an email from the school’s Jewish principal MScott Berkowitz, the kids were working on a self-directed project when the librarian made them reenact scenes from the genocide. The scenes ranged from dying of suffocation in the gas chambers to mass shootings. One Jewish kid was reportedly told to portray the character of Nazi leader Adolf Hilter and even ask to pretend to shoot himself as Hilter did. Other agonising scenes encompassed digging mass graves, pretending to shoot ‘victims’, transporting them in trains inter alia.

In addendum, one parent revealed that the staffer also made Anti-Semitic comments during the role play. When questioned by a kid so as to why did the Germans kill the jews, the staffer reportedly said that they were angry “because the Jews ruined Christmas.” The name of the librarian has not been revealed as of yet. However, DC Public schools are reportedly probing the matter through its Comprehensive Alternative Resolution & Equity team.

Over 6 million Jews were killed

The Holocaust was deliberate and state-sponsored persecution of Jews during the Nazi regime in Germany. It led to the deaths of more than 6 million Jews and the political imprisonment of more than 5 million others. Apart from jews, the Nazis under Adolf Hilter also claimed that Romany (Gypsies), Slavs (Poles, Russians), and physically and mentally disabled people were Untermenschen (subhuman) and did not deserve to live.

In the statement, Hitler defined the Jews as a race and not a religious community, characterized the effect of a Jewish presence as a “race-tuberculosis of the peoples,” and identified the initial goal of a German government to be discriminatory legislation against Jews. The “ultimate goal must definitely be the removal of the Jews altogether," the German dictator had said.

WE RECOMMEND
Ex-US Generals warns of possible military coup after 2024 Presidential elections
US govt raises travel alert to Ukraine to level 4 amid rising tension with Russia
Rupee jumps 31 paise to end at 75.59 against US dollar
China warns US against developing military ties with Taiwan in order to maintain peace
Bitcoin will replace US dollar in future, ex-Twitter CEO Jack Dorsey tells Cardi B