A 76-year-old woman killed her terminally ill husband in the head on Saturday at a hospital in Daytona Beach, Florida, and has been arrested by the US police. 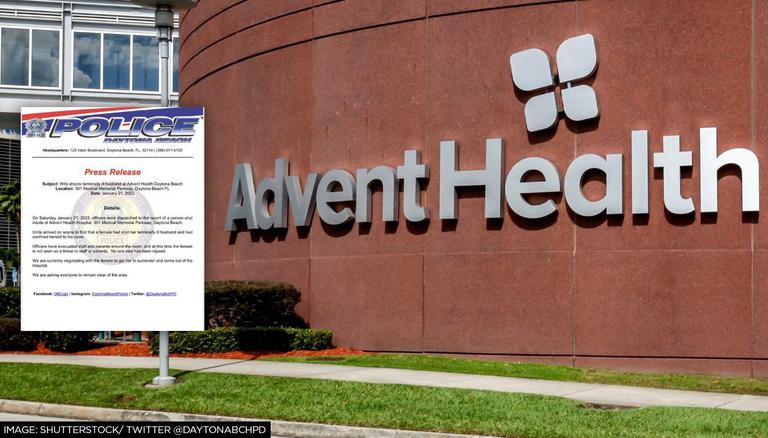 
A 76-year-old woman killed her terminally ill husband by hitting him in the head on Saturday at a hospital in Daytona Beach, Florida, and has been arrested by the US police, reported CNN. The 77-year-old, terminally ill man was admitted at the Advent Health Hospital and made a plan with his wife three weeks ago to “end it” should his health get worse, said Jakari E. Young, Daytona Beach Police Chief in a news conference. However, the illness of the man has not been specified by the police chief.

According to Police Chief Young, his wife, who indented to take her own life after, said she “couldn’t go through with it', reported CNN. While the man intended to turn the gun on himself but couldn't due to his fatal illness and weakness, said the US Police. After the incident, she locked herself in a room at a Florida hospital, as per the press statement released on January 21. The US police reached the incident site shortly after 11:30 a.m. and hostage negotiators contacted the woman and around 3 pm, she was taken into police custody.

** UPDATE: Female was taken into custody after surrendering just after 3 p.m. ** https://t.co/PD02v3DAa8

While talking about the details of the case, the police chief shared that the woman, whose identity has not yet been released, is in custody and could be facing a first-degree murder charge. Further, he added, "She’s very sad, it’s a tough situation,” reported CNN.