US President Joe Biden Nominates 3 To Federal Reserve Board, Including First Black Woman

Biden's nominees will conduct their duties to ensure that Federal Reserve acts to achieve its dual goals of maximum sustainability and price stability. 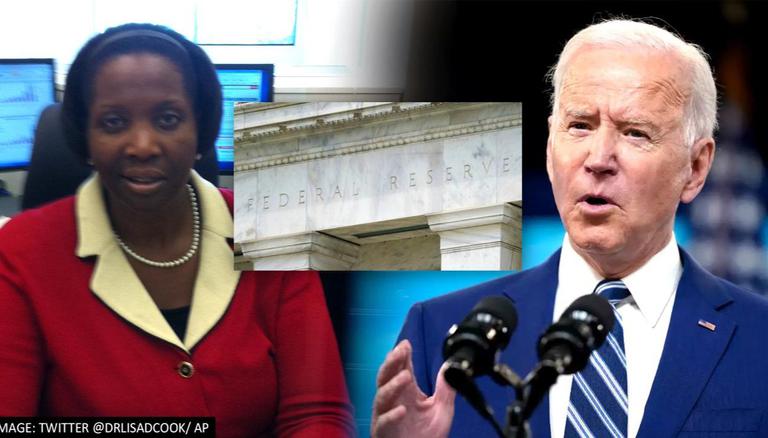 
In a historic first, US President Joe Biden has nominated a Black woman, the Michigan State University economist, Lisa Cook to serve as to the Board of Governors of the US Federal Reserve System. Biden also nominated Philip Jefferson, a dean of faculty at Davidson College in North Carolina and a former Fed researcher, and Sarah Bloom Raskin, a former Fed, and Treasury official, to fill the remaining seats in the Fed’s seven-member board. Cook is nominated to serve on one of the 12 regional Federal Reserve Banks that along with the Federal Reserve Board of Governors in Washington, DC conducts United States' monetary policies.

The three new nominees “will bring long-overdue diversity to the leadership of the Federal Reserve, including the first Black woman in history to serve on the Board and the fourth Black man to serve on the Board,” the White House said in a release. “If all five are confirmed, the Board will be majority women.”

If elected, Cook, Raskin, and others to fight America's inflation

As the US economy has been facing challenges of price hikes in a recent couple of years due to the novel coronavirus pandemic, Biden believes that the new election will conduct duties to ensure that the Federal Reserve acts to achieve its dual goals of maximum sustainable employment and price stability, two of the main focus for his administration.

"We are at a moment of historic economic progress alongside unique economic challenges as we work to drive our recovery forward," said the US President at a White House speech. "This is a moment that calls for sound, independent leadership from the Board of Governors at the Federal Reserve. That is why I am proud to nominate Lisa Cook, Sarah Bloom Raskinand Philip Jefferson, who will bring a breadth of knowledge, experience, and expertise to the Board of Governors," Biden added.

Cook as a Federal governor would “vote on interest-rate policy decisions at the eight meetings each year of the Fed’s policy making committee, which also includes the 12 regional Fed bank presidents.” While Raskin is among the most qualified nominees ever for the position of Vice-Chair for Supervision, Jefferson and Cook are talented economists with decades of experience working on a broad range of economic issues, the US President informed.

Philip Jefferson, an economist, dean of faculty at Davidson College in North Carolina has also frequently consulted with a number of Federal Reserve Regional Banks. Cook meanwhile holds expertise in economics and international relations that she performed for Michigan State. She was also a staff economist on the White House Council of Economic Advisers from 2011 to 2012. The first Black woman nomination also advised Biden-Harris transition team on the Fed and bank regulatory policy.

Raskin is a Harvard-trained lawyer and was previously employed at Arnold & Porter, a high-profile Washington firm where she served as managing director at the Promontory Financial Group, according to the reports. The 60-year-old served on the Fed Reserve board as deputy Treasury secretary from 2010 to 2014 at the time of former US President Barack Obama’s tenure.

The nominations come at a crucial time as Washington is battling inflation due to the pandemic, the highest in four decades in December. Around the time that the three are elected, the central bank will undertake to raise the interest rates in order to curb high inflation without undercutting the recovery from the pandemic recession. Inflation has now turned into a major political threat for the Biden administration.