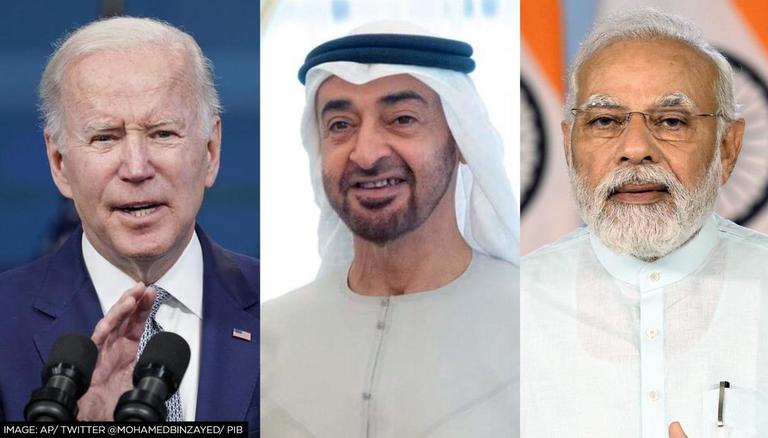 
On Saturday, United States President Joe Biden has welcomed the economic initiatives of the United Arab Emirates, which comprises the recent signing of Free Trade Agreements (FTA) with various nations including India. According to a statement from the White House, Biden “welcomed the UAE’s economic initiatives throughout the Middle East and beyond, including its recent Free Trade Agreements signed with Israel, India, and Indonesia as well as new investments in Jordan and Egypt.”

This statement came at a time when US President Biden visited President Sheikh Mohamed bin Zayed Al Nahyan, President of the United Arab Emirates (UAE) in Jeddah, Saudi Arabia, as a part of the summit between the US and the Gulf Cooperation Council (GCC), Egypt, Iraq, and Jordan.

Further, it is pertinent to note that this year, the UAE inked three trade agreements, one each with Israel, India, and Indonesia.

In addition to this, the two Presidents reaffirmed their dedication to advancing the broad security cooperation that has made both nations safer and made a significant contribution to regional peace and stability in the area of defence.

According to the White House’s statement, in order to combat financial crimes and illegal money flows, the UAE has taken measures to tighten its laws and enforcement systems, which have been acknowledged by President Biden. Both Presidents emphasised the vast and longstanding collaborations in the fields of education, culture, and health between the two nations.

The leaders even agreed to keep using their combined diplomatic standing to defuse and end problems in other parts of the region. They talked about how crucial it is to maintain the prospect of a two-state solution and make sure that Palestinians too benefit from the Abraham Accords.

Besides this, President Biden also offered his "personal condolences to President Sheikh Mohamed bin Zayed and all Emiratis on the loss of His Highness Sheikh Khalifa bin Zayed al Nahyan," as per the statement. He even extended an invitation for the UAE President to visit the US later this year and congratulated him on his recent election as President.

The statement further highlighted that during the summit, the leaders of the United States, the Gulf Cooperation Council (GCC), Egypt, Iraq, and Jordan discussed a variety of opportunities and obstacles on the regional and international levels that call for close cooperation between the US and the UAE as strategic partners.

“On economics, commerce, and trade relations, President Biden noted that the UAE is one of the fastest growing U.S. economic partnerships globally, the largest U.S. trading partner in the Middle East, and a significant investor in the U.S. economy,” the statement read.

Moreover, the UAE has long been a dependable and responsible provider of energy, and President Joe Biden applauded this commitment. He also acknowledged the UAE's leadership in pushing climate action, the energy transition, and the development of clean energy technology.

READ | India's exports up 16.22% during May-June to UAE after FTA implementation